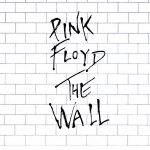 Pink Floyd singer-bassist Roger Waters has said The Wall song “Mother” is not about his own mother — who was a teacher and member of Britain's communist party — but about overbearing and unsupportive mothers in general.

“Mother” was re-recorded for the movie Pink Floyd: The Wall, with sparer instrumentation and some minor lyrical changes.

The Wall album was recorded in several studios, including Super Bear in France, where singer-guitarist David Gilmour and keyboardist Rick Wright had recorded solo albums; CBS in New York; the Producers Workshop in Los Angeles; and the band's own studio in London. Work at the latter was not declared for tax reasons.

At the time of the recording, in fact, Pink Floyd was in dire financial straits following the collapse of their accounting firm, which had placed much of the band's money in poor investments.

The Wall hit Number One on the Billboard 200 in January 1980 and stayed there for 15 weeks.

It's sold well over 12 million copies in the U.S. alone.

The Wall was also Number One in every other country where it was released except Japan and, surprisingly, in Pink Floyd's homeland of England.

Tensions were high within the band at this point, with Gilmour, Wright, and drummer Nick Mason fighting Waters's control of the band. Waters even insisted that Wright leave the band or he would scrap the project, meaning the group wouldn't be able to recoup their financial losses. Wright reluctantly agreed.

Wright and Mason were also mistakenly left off the album's credits in its first printing. The error was corrected on subsequent editions.

In addition to the Floyd members, a number of uncredited studio musicians also contributed to The Wall, including producer Bob Ezrin, Toto drummer Jeff Porcaro, and jazz guitarist Lee Ritenour, who all performed on “Mother.”