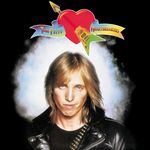 The debut album from Tom Petty & the Heartbreakers was a slow-builder, finally creeping onto the Billboard 200 in September 1977, 10 months after its release.

An appearance on the soundtrack to the film FM helped “Breakdown” climb to Number 40 on the Billboard Hot 100 in February 1978.

Tom Petty & The Heartbreakers first made their mark in England, where fans and critics accepted the group as part of the burgeoning punk rock movement. It was a top 30 album there shortly after its release, and the songs “Anything That's Rock 'N' Roll” and “American Girl” were hits.

Of the punk embrace, Petty says, “It would have been very easy to say, 'Okay, we are new wave,' and get the skinny ties. But it never looked like much of a challenge to me. It looked like a much bigger challenge to work in the mainstream, to play with everybody. I never understood being so cool that nobody heard it.”

Of 'Breakdown,' drummer Stan Lynch remembers, “When we cut 'Breakdown,' it was great. There was so much passion and you didn't even know why. You just knew that you were going to play your f–king heart out and you could do it for days.”

Petty remembers that 'Breakdown' was written in the studio: “It was partly naivete. We'd run out of things to do and we'd say, 'Well, let's just write another one.' I'd go to the piano and write 'Breakdown.' We cut it with Mike's guitar riff only appearing at the end of the record…Then Dwight Twilley came in and heard Mike's lick on the end and said, 'S–t, man, that's the lick, that's the whole thing, and it only comes up right at the end of the song? I'd put it everywhere!'”

Petty says that the original version of “Breakdown” was seven minutes long–“I started thinking this could be two minutes long. So I called up everybody at 3:30 or 4 in the morning to come back and cut it again. It's amazing to me that: A) I had the balls to call them at that hour; and B) they just came! I certainly wouldn't try that these days. But we were in that frame of mind where things had to be done right there and then. We cut the record in just a few takes.”

The song has become such a popular part of Petty's repertoire that he often lets the audience sing it as the band plays.