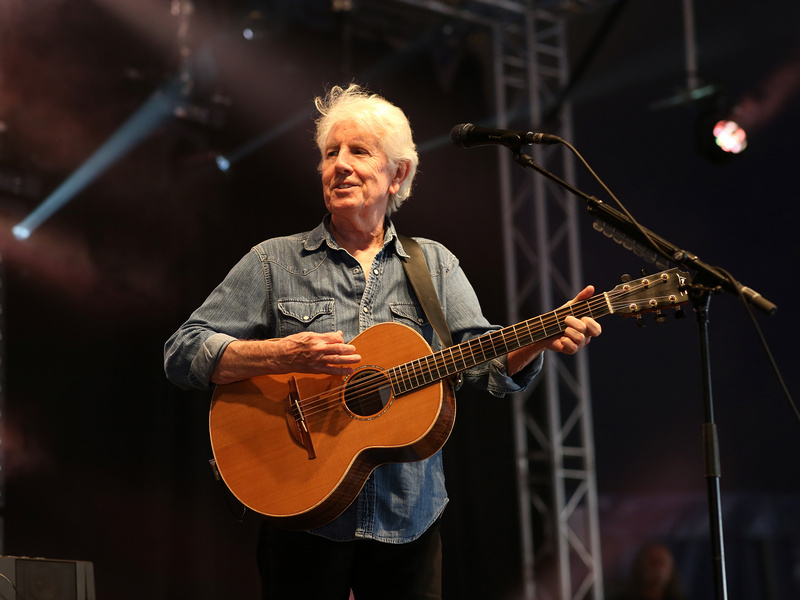 Out today (May 6th) is Graham Nash's new concert collection — Graham Nash: Live. The set is culled from four 2019 concerts where he performed his first two solo albums — 1971's Songs For Beginners and its 1974 followup, Wild Tales, with a full band in their entirety.

We caught up with Nash and asked him if he had forgotten how powerful those songs were — especially when shared with an audience: “No, I haven't forgotten about it, but it definitely came back to me. Many of those songs are incredibly relevant today. And it was amazing to me that a song, like 'Immigration Man,' or 'Chicago' or 'We Can Change The. . . ' y'know, or 'Military Madness'. . . I mean, I changed the beginning of my show because of what's going on in Ukraine. There's stuff going on in the world that everybody is aware of, everybody wants to escape the news of. There's incredibly brilliant, wonderful things being done by humanity — at the same time as we're obliterating Mariupol in Ukraine. Destroyed the entire city.”

While talking with The Guardian, Nash spoke about how his marriage to actress/writer Amy Grantham — who's 40 years younger than him — has ostracized himself from his three children whom he shared with second wife Susan Sennett. Not long after their divorce after four decades together, Sennett fell ill and died of cancer.

Nash spoke about the collapse of his relationship with his kids: “They didn’t realize that I had divorced their mother, not them. So they don’t want me in their lives, and. . . My daughter is a little friendlier than my boys. . . It’s terrible. So I’m doing remarkably well considering everything. I don’t know. People have to live their lives. People become who they are, and I realize my kids are not the people I thought they were, that my fatherly eyes glossed over their shortcomings.”

When pressed if he sees a reconciliation with his family, Nash admitted frankly, “Actually I don’t. And that might seem awfully strange as a father, but it’s too painful. I can’t live my life in pain. If they don’t want me in their lives, that’s their choice. I don’t agree with it, but I will honor their choice.”

Graham Nash klcks off his next string of dates on July 13th at Red Bank, New Jersey's Count Basie Center for the Arts.