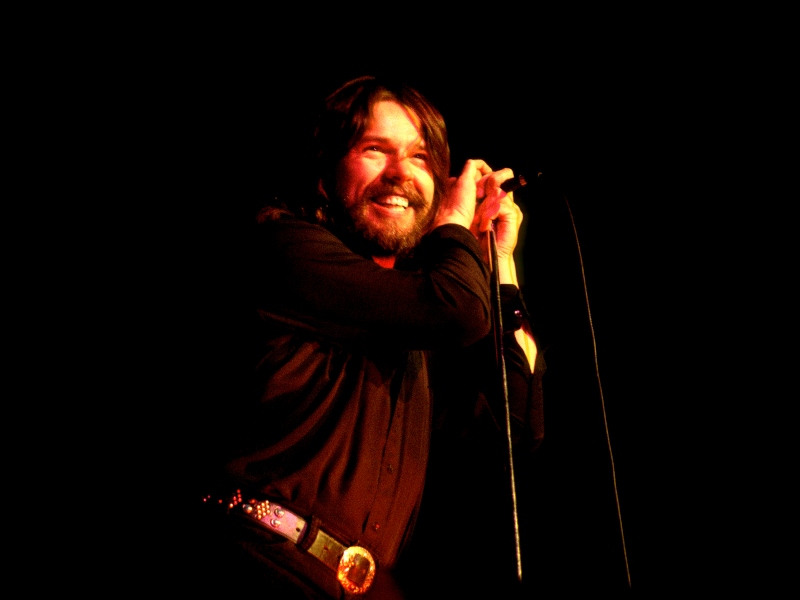 Happy Birthday to Bob Seger who turns 77 today (May 6th)!!! Bob Seger & The Silver Bullet Band performed their final show on November 1st, 2019 with little nostalgia or fanfare at Philly's Wells Fargo Center. As it stands now, there are no further Seger tour dates on the books in the future. The trek, which had started in support of Seger's latest album, 2017's I Knew You When, was cut short by complications from a ruptured disc.

Bob Seger and his family were unharmed after a small fire broke out at his house in Orchard Lake, Michigan on Halloween morning (October 31st). The Detroit News reported the fire in the eight-bedroom, 10-bathroom house, “Was contained to a chimney flue off Seger's family room. Firefighters broke through some walls and ceilings in order to put out the fire. The home sustained water damage in the family room and a downstairs room that contained a golf simulator, but no injuries were reported from the fire.”

Seger and his wife, Juanita, were both home when the fire alarm went off at 6 a.m.

Last June, as part of Record Store Day, Bob Seger reissued his classic 1976 live double album, Live Bullet. The set was available as a standard 150-gram black vinyl with a lithograph, and a translucent orange and red swirl vinyl.

During a November 2017 chat with Rolling Stone, Bob Seger was asked if he ever thought he'd still be making music at this point in his life. Seger answered: “God, no. I thought I'd be done by 30. My original plan was to do it for five years between the age of 25 and 30 and then buy a motorcycle and drive across Europe, and then get a real job. It didn't work out that way. The more you do it, I guess, the more you love it.”

That same month, Seger released his 19th studio set, I Knew You When. The album followed 2014's Top Three hit, Ride Out. I Knew You When came in a standard edition and deluxe version featuring three bonus tracks, which include Seger's tribute to his dear friend, late-Eagles co-founder Glenn Frey on “Glenn's Song,” along with a cover of Leonard Cohen's “Democracy.” Although most of the new songs are Seger originals, he chose a cover of Lou Reed's “Busload Of Faith” to serve as the album's lead single.

We asked Bob Seger if while creating the running order for a new album, songs get tossed aside because they're not commercial enough: “Not at my age. What it is is just a good song. Bottom line. As good a song as I can write, and if anything’s on the bubble of being an average song: it’s gone. Sometimes I’ll write a song that I can’t really sing, and it’ll get eliminated in that regard, ‘cause my range is not as wide as it used to be. Or, it may not make it through the studio process. Y’know, it might be that it’s a really good song, but I don’t like the way the studio band did it, or something. It’s all different things — but it’s mostly gut.”

In 2015, Seger wrapped an exhaustive North American tour in support of his long-awaited studio set, Ride Out. The album, which was released on October 14th, 2014, earned him his first Top Three album in 28 years. Ride Out entered the Billboard 200 album charts at Number Three, marking his best chart showing since his 1986 album, Like A Rock, which also hit Number Three. Seger’s previous studio album, 2006’s Face The Promise topped out at Number Four upon its release.

In addition to Bob Seger's own compositions, Ride Out featured several covers — including the album’s lead single “Detroit Made” written by John Hiatt, “California Stars” featuring lyrics by Woody Guthrie and music by Wilco‘s Jeff Tweedy and Jay Bennett, Steve Earle‘s “The Devil’s Right Hand,” and “Adam And Eve,” which was written by acclaimed Australian singer/songwriters Kasey Chambers and Shane Nicholson.

Bob Seger released his first single, “The Lonely One,” in 1961, with the help of Max Crook, who was a member of Del Shannon's backing band. Seger spent much of the '60s writing songs for other people, and playing with a number of different bands, including the Bob Seger & The Last Heard and the Bob Seger System. But he will always be best remembered for his '70s and '80s Silver Bullet Band classics “Against The Wind,” “Night Moves,” “Mainstreet,” “Turn The Page,” “Katmandu,” “Old Time Rock & Roll,” “Rock And Roll Never Forgets,” “We've Got Tonight,” “Still The Same,” and “Shakedown,” among others.

Seger admitted that he's amazed at the lifespan of not just his career — but of all of rock n' roll: “The career arc for most people in entertainment was three good years, five tops, and you were gone. I mean, who'd ever thought that we'd be seeing (Paul) McCartney at 60 onstage, (Mick) Jagger — nobody, y'know? It's just interesting — you think how old I thought I was (35) when (laughs) I was writing 'Rock 'N' Roll Never Forgets.'”

He feels that staying near Detroit to live and raise his family proved to be among the best decisions of his life: “I don't think it was ever really a choice — it was, like, where I lived and where I felt comfortable. By being in Detroit, I was able to keep it in perspective, and just work as much as I could, but also kind of have a life outside of it where I was grounded, and where people put me in my place.”

Longtime Eagles collaborator J.D. Souther co-wrote “Heartache Tonight” with Glenn Frey and Don Henley. Souther gave us the inside scoop on Bob Seger's key involvement with the Eagles' last chart-topper on the Billboard Hot 100 to date: “Glenn and I were walking around my living room, just clapping our hands — no instruments — and we were trying to write a Sam Cooke song. And if you think about the melody without instruments, it's very, very, Sam Cooke-ish, y'know? We got a verse-and-a-half, or, two into it and just couldn't think of a chorus and so, (laughs) Glenn called Seger on the phone and sang it to him, and Seger just came right in with, (sings) 'It's gonna be a Heartache Tonight!' So, Glenn called me back and said, 'We got a chorus.'”

Bob Seger told us that the mixture of writing, recording, and performing makes him feel as though he's back operating at the top of his creative game: “It feels good to write again and get back into it. I feel like I'm back workin' again, and it's a good feelin.' I'm looking forward to doing some more, y'know?”

Although his life on the road is done, Seger swears he'll never stop creating new music: “I would remain writing songs, I don't know about recording, y'know? I think I'd write for other people. The recording takes a lot more time than the writing, y'know? And I think I could better use my time writing and turning them over to someone else.”