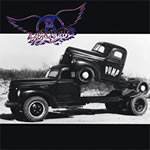 ‘Love In An Elevator’ – Aerosmith

The first single from Aerosmith's Pump album, the lusty “Love in an Elevator” reached Number Five on the Billboard Hot 100 chart. It hit Number 13 in the U.K.

Frontman Steven Tyler has long contended that this overtly sexual song–“Livin' it up while I'm going down”–was based on a true experience in a hotel elevator. “One day… I'm in a hot tub with a bunch of girls. Very mellow, intoxicatingly lubricious situation. We're in a fancy hotel. Maybe it was the Four Seasons. We decide to go upstairs and continue our discussions. We pile into the elevator. One of the girls is out of it and pushes all the buttons. We're wearing towels and bathrobes. I drop my hairbrush and kneel down and one of the girls opens her bathrobe. Just then the elevator door opens into the crowded lobby. That's where 'Love in an Elevator' comes from.”

Tyler noted that he had some reservations about the lyrics at first, but co-writer and guitarist Joe Perry told him “Why not? You wrote 'Dude (Looks Like a Lady),' didn't you? What the f—.”

Perry said that the song's opening riff was originally a middle section breakdown but was moved to the beginning at the suggestion of producer Bruce Fairbairn.

The band and director Marty Callner received some criticism for the song's video, which featured couples engaged in blatant sex acts in the background while the band performed in the foreground. Nevertheless, it won MTV Video Music Awards for Best Heavy Metal Video and Viewer's Choice.

Pump was one of the most successful albums of Aerosmith's career, reaching Number Five on the Billboard Top 200 and selling more than seven million copies. Pump peaked at Number Three in the U.K.

Aerosmith recorded Pump in a studio next door to Motley Crue, which was recording its Dr. Feelgood album. Both groups were reveling in newfound sobriety, and Tyler was even coaxed into Crue's sessions to perform some background vocals for its project.