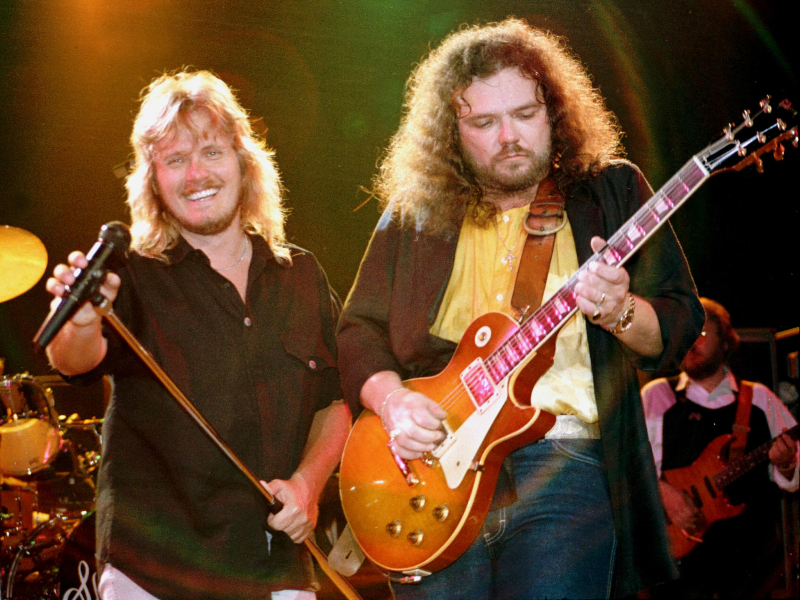 Lynyrd Skynyrd has just tagged 13 new cities onto its “Big Wheels Keep On Turnin' 2022 Tour,” according to Ultimate Classic Rock. The band, who'll kick off its next string of dates on Friday (May 13th) in Pomona, California at the L.A. County Fair, will now be on the road through September 26th when Skynyrd wraps their year at Airway Heights, Washington's Northern Quest Resort & Casino.

As expected, sole surviving original member Gary Rossington will be sidelined from the upcoming dates following emergency heart surgery. Guitarist Damon Johnson will once again sit in for him.

Skynyrd's opening acts on the tour include former-Eagles guitarist Don Felder, the Outlaws, the Marshall Tucker Band, and the Devon Allman Project.

It's been 35 years since Johnny Van Zant stepped into the shoes of his late-brother Ronnie Van Zant and took up as Lynyrd Skynyrd's second frontman. Back in 2018, Johnny appeared on AXS TV's The Big Interview With Dan Rather and recalled the initial steps in revamping Skynyrd for a new generation: “Gary (Rossington) called me and said, 'Hey, we wanna go out and do a tribute tour.' I walked into a room and here are the surviving members. If my brother would've lived, Lynyrd Skynyrd woulda went on. He was that type of man. They asked me to be part of this; I said, 'Let's go in and try to rehearse.' It's been 31 years. 31 years for me playin' with Gary. It seems like 31 seconds.”