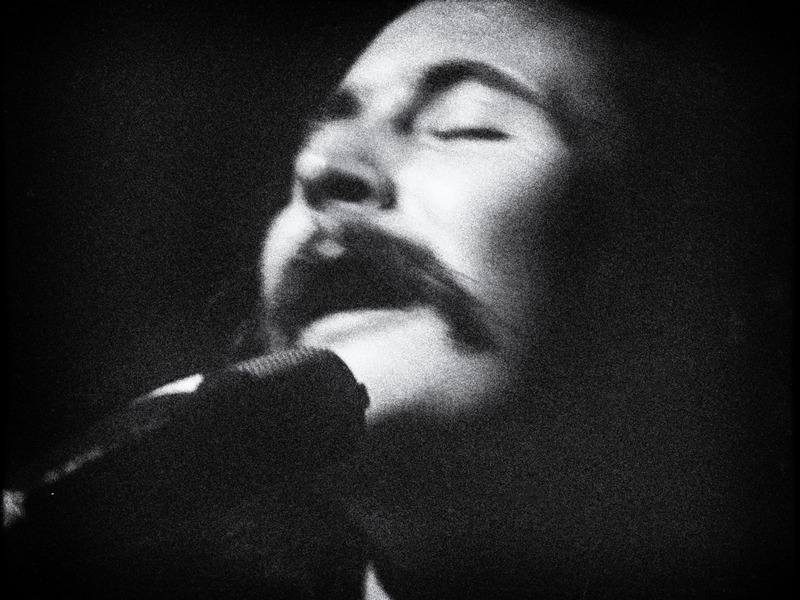 David Crosby looks at his creative life as a race against time. Best Classic Bands transcribed some of the rock legend's recent chat with the journalism class at Golden, Colorado's Golden High School, which was moderated by Rocky Mountain News music critic Mark Brown.

“Croz,” who has been doubling down on his recorded output in recent years by releasing a string of high quality solo sets revealed, “I’ve been making records at a startling rate. I’ve made five albums in six, seven years. It’s an absurd rate to be cranking albums out. The reason being is that I’m gonna die. I mean, we all. . . everybody dies. I’m sure someone told you. And I want to crank out all the music I possibly can before I do. Now I’m 80-years-old so I’m gonna die fairly soon. That’s how that works. And so I’m trying really hard to crank out as much music as I possibly can, as long as it’s really good. . . I have another one already in the can waiting.”

He went on to level with the students, admitting, “I’ve made a lot of mistakes in my life, lots, some of them serious. I did a year in prison. Believe me, it wasn’t fun. I was kicking drugs when I was in there and that’s a really awful thing to be doing. Overall, though, I think I’m pretty lucky.”

During one of David Crosby's recent installments of Rolling Stone's “Ask Croz” video advice column, he touched on several topics — most notably dealing with apathy in these troubling times. Crosby revealed: “I'll tell ya a scary thing; a lotta the young people I know are not planning families. A lot of kids are not really planning a future. They're not trying to get a career, they're not trying to get ahead, they're not trying to figure out their path in life — a lot them don't think we're going to make it. I see the idiocy that's going on in Washington. I see people, like, Mitch McConnell, who I would love to just turn into a turtle. This is all discouraging stuff. I'm having to work hard to keep my head above water. But, I think that's the answer. You can't really fight them if you are so discouraged that you give up. So, you have to believe that we can still do something in this world to make things better.”