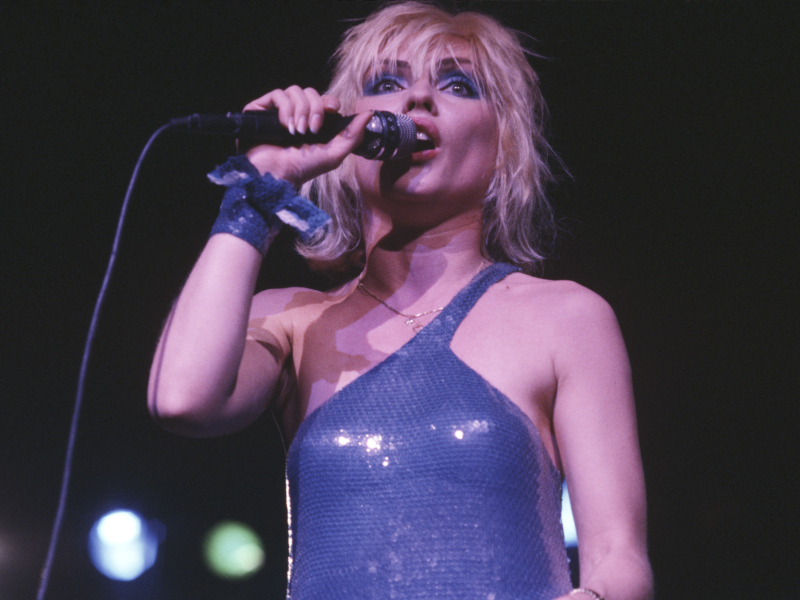 Blondie frontwoman Debbie Harry fled from her suburban upbringing in Hawthorne, New Jersey and quickly made her way to the mean streets of late-1960's New York City. Harry, who's currently on the road with Blondie spoke with Esquire, who pressed her about what she would be aiming for if she was a young woman hitting New York City today.

Harry revealed, “I think that probably now I would go into the sex industry. . . I don’t know, but that’s a clandestine area, and I was always interested in the clandestine. That’s what attracted me to the music world. And I don’t know where you can find that so much these days.”

She was asked how old she was when she decide to make Manhattan her home — and what exactly she was seeking out: “I don’t know. 20? I was just at the end of being a teenager. . . I was trying to find myself. I wanted to be an artist or to be in showbiz; I wanted some excitement, some glam-a. I wanted out of what was expected of me. I wanted to live, live!“

Debbie Harry told us that it doesn't feel like it's been nearly 50 years since Blondie formed in Manhattan's Lower East Side: “Doesn't seem that long to me. The only time that it seemed long ago was after 9/11. All I could think of then was, 'Oh God, I wish it was the '70s again.' But that was 'cause it was such a shocking event and such a horrible thing that sort of rocked my world — rocked all of our worlds. And I thought, 'Oh, God.' I was just really nostalgic — and I am not a nostalgic person. I really enjoy moving on, and y'know, living.”