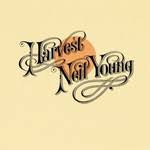 ‘The Needle And The Damage Done’ – Neil Young

Recorded: Fall 1971 at Royce Hall on the UCLA campus in Los Angeles

“The Needle And The Damage Done” is one of several songs Neil Young wrote about the demise of Danny Whitten, the original guitarist in his band, Crazy Horse, although the song was written before Whitten died of a heroin overdose on November 18, 1972.

In the liner notes to his anthology Decade, Young said of the song, “I am not a preacher, but drugs killed a lot of great men.”

Young, fed up with Whitten's drug use and hoping to jar the guitarist into some sort of rehabilitation, fired Whitten from Crazy Horse in the fall of 1972. He gave Whitten his severance pay in cash and a plane ticket back to Los Angeles. Whitten ultimately used the money to buy the heroin that killed him.

Though never released a single in its own right, “The Needle And The Damage Done” frequently appeared as a B-side–for the non-album Young/Graham Nash track “War Song,” among others.

The surprising Harvest–Young's most mellow effort to that point–is the Canadian singer-songwriter's best-selling album, with more than four million copies sold.

Much of Harvest was recorded during a two-day session in the spring of 1971 at Quadrafonic Sound Studios in Nashville, Tennessee, following Young's appearance on Johnny Cash's TV show. “The Needle And The Damage Done” was a later addition, however, recorded at a concert appearance at UCLA's Royce Hall.

Young performed “The Needle And The Damage Done” live from the Rock And Roll Hall Of Fame And Museum in Cleveland, Ohio, for an MTV special. He sang the song while walking among blown-up photos of deceased rock stars, including Jimi Hendrix and Nirvana frontman Kurt Cobain.

Harvest is the only Young album to hit Number One on the Billboard 200.