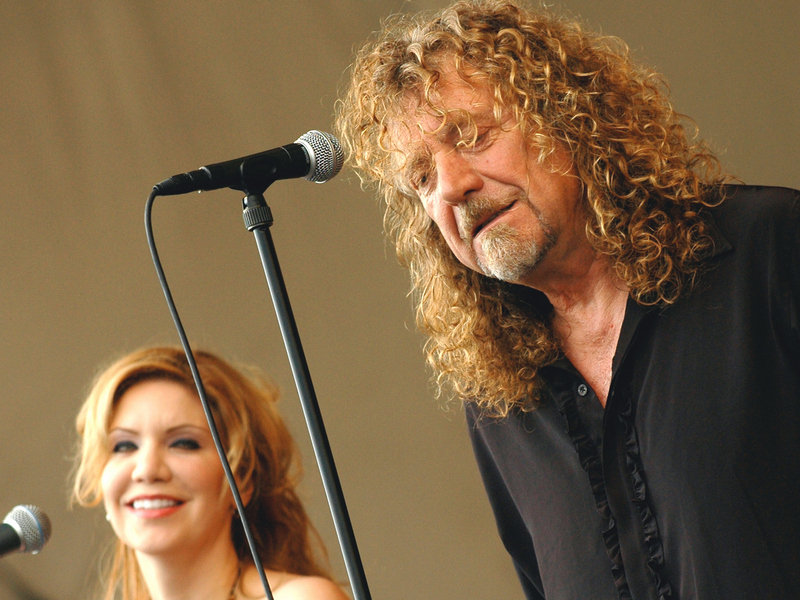 Robert Plant & Alison Krauss Back On The Road Tonight

Robert Plant & Alison Krauss kick off their 2022 tour dates tonight (June 1st) at Canandaigua, New York's CMAC. The duo is on the road in support of their second joint album, Raise The Roof. The set was released last November 19th and topped Billboard's Independent Albums chart, hit Number Three on the magazine's Top Country Albums list, and reached Number Seven on the Billboard 200.

Not too long ago, Robert Plant shed light on what propels his collaboration with Alison Krauss: “The great thing is — there's so much heart. That's the great thing. I feel so hearty. Y'know, that's really quite something with all the, kind of, life I've had and the adventures. Y'know, it isn't exactly what Alison's used to — it's certainly not what I'm used to — and (producer) T-Bone (Burnett) is, kind of, he's just like the magician moving it around. It's great, yeah.”

With the incredible success of his 2007 Raising Sand collaboration with Krauss, Plant fully committed to his current organic and folk-based musical direction: “I hate to say it, but it felt young. It felt like I didn't know what was going to happen next, and it didn't really matter — and that was the great thing. I know the songs that I like and the songs that I always attach myself to have been of a certain genre, if they're not self-penned. And I was in very good company with people who had a very familiar lean in the same direction.”