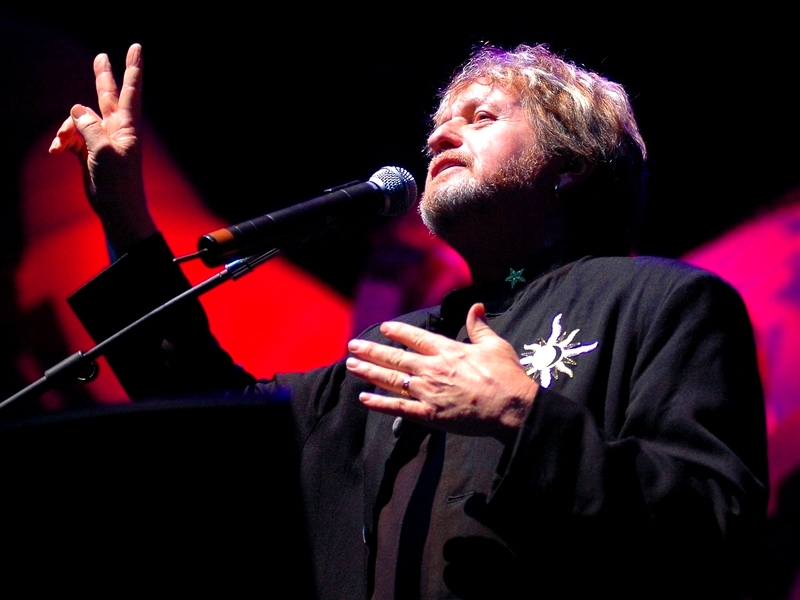 Yes co-founder Jon Anderson has just rolled out a 13-city 50th anniversary tour saluting the band's watershed 1972 album, Close To The Edge. Anderson will once again be backed by youngsters from the Paul Green Rock Academy — an extension of the Paul Green School of Rock Music, according to Ultimate Classic Rock.

Jon Anderson, who'll be performing songs from across his catalogue in the shows, said in the tour's announcement:

There are so many wonderful moments in my musical life, and being onstage with these young teenagers performing Classic Yes songs makes me so happy and proud.

It’s a marvel and a tremendous pleasure for me. They are a joy to be with and so much fun! I am grateful, thankful and feel very blessed to be able to sing along with them.

Jon Anderson told us that whether on his own or within the confines of Yes, over the decades, he's always jumped at the chance to further his creative explorations: “Yeah, y'know, in some ways, you reinvent yourself every day — or every minute, some people say. But I know that over my career, I was always willing to Vangelis, or Kitaro, or Bob Fripp. Y'know, when Bob Fripp asked me to sing a song on the second (King) Crimson album, I said, 'Yes! Please!' And I think that's what life is all about. You have to be adventurous. So, I don't feel any weight at all having to prove anything ever. I've never actually wanted to have to prove anything. I'm still busy trying to create the better music.”