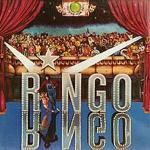 “Photograph” was former Beatle drummer Ringo Starr's third solo single and his first to reach Number One on the Billboard Hot 100. It also reached Number Four in the U.K.

The song was co-written by Starr and George Harrison who, along with former Beatles Paul McCartney and John Lennon, had decided to cast their lot with Starr in order to help him achieve the solo success they'd each experienced.

Lennon noted on NBC's Tomorrow show that “I'm most happy–I guess we all are, in a way–for Ringo's success. It always went 'round that Ringo was dumb, but he ain't dumb. But he didn't have that much of a writing ability, and he wasn't known for writing his own material. And there was a bit of a worry that although he can make movies…how was his recording career gonna be? And in general, it's probably better than mine!”

“Photograph” sold more than 1.5 million copies worldwide as a single.

The Ringo album was similarly successful, reaching Number Two on the Billboard 200 and earning a platinum certification. It also reached Number Six on the U.K. chart.

In addition to Harrison, the album also featured performances by Lennon, McCartney, Billy Preston, members of the Band, Marc Bolan of T. Rex, and Steve Cropper.