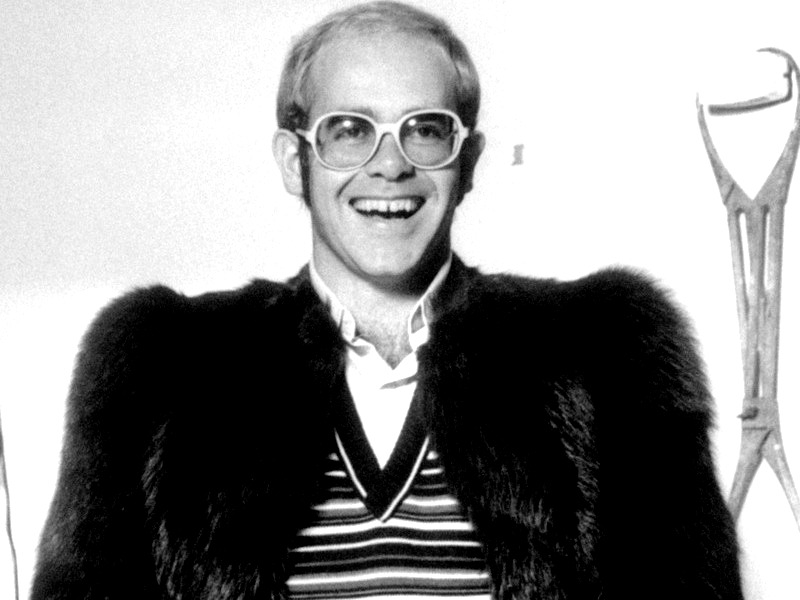 Released today (June 10th) is the 50th anniversary edition of Elton John's fourth studio album, 1971's Madman Across The Water. The Super Deluxe box set features three-CD's and one-Blu-ray disc, along with a 1971 reproduction poster and 104-page book including photos and an essay with interviews with those who helped make the album — as well as memorabilia and artwork taken from the Rocket Archive.

There are 18 previously unreleased tracks across the Super Deluxe triple-CD/Blu-ray box set, which also contains rare, restored material from the era, piano demos of the album, and the audio of the BBC Sounds For Saturday concert, broadcast in 1972. The Blu-ray contains a 5.1 mix by Greg Penny, plus the Sounds For Saturday and his 1971 The Old Grey Whistle Test performance. The set is available as a four-LP set double-CD collection, and a single-LP limited edition remaster in blue and white-colored 180g vinyl.

Madman Across The Water was originally released on November 5th, 1971 and was the first to feature all three members of the classic, original Elton John Band —  bassist Dee Murray, drummer Nigel Olsson, and for the first time, guitarist Davey Johnstone.

Highlights on the Madman Across The Water album include the iconic title track, "Tiny Dancer," "Levon," "Indian Sunset," and "Holiday Inn."

The album peaked at Number Eight and spent a solid month in the Billboard Top 10.

Elton's longtime lyricist Bernie Taupin told us that although his and Elton's songs have become pop standards over the years, that shouldn't take away from the quality of the work: ["First and foremost, we are good songwriters. And there's nothing wrong with writing a great song — providing it retains elements of passion, and whatever. As long as it's not just a surface thing. And I think these songs are very commercial and there's nothing wrong with being commercial, yet they are at the same time very passionate."] SOUNDCUE (:18 OC: . . . time very passionate)

Guitarist Davey Johnstone, who joined Elton John's band in 1971 and currently serves as his musical director, has been lucky enough to witness the Elton John – Bernie Taupin songwriting partnership up close for 50 years and has literally seen some of rock's most beloved songs being written in front of him: ["Elton’d have a stack of lyrics and he’d just look through them. He wouldn’t do any pre-work (on the songs) in those days, y’know, he wouldn’t ever sneak ‘em at home with them, he’d wait till he get to the studio, and then literally sit down after breakfast and write a song. I mean, I’ve seen him write songs in the time that it’s taken me to make a chicken sandwich, or something."] SOUNDCUE (:17 OC: . . . sandwich or something)