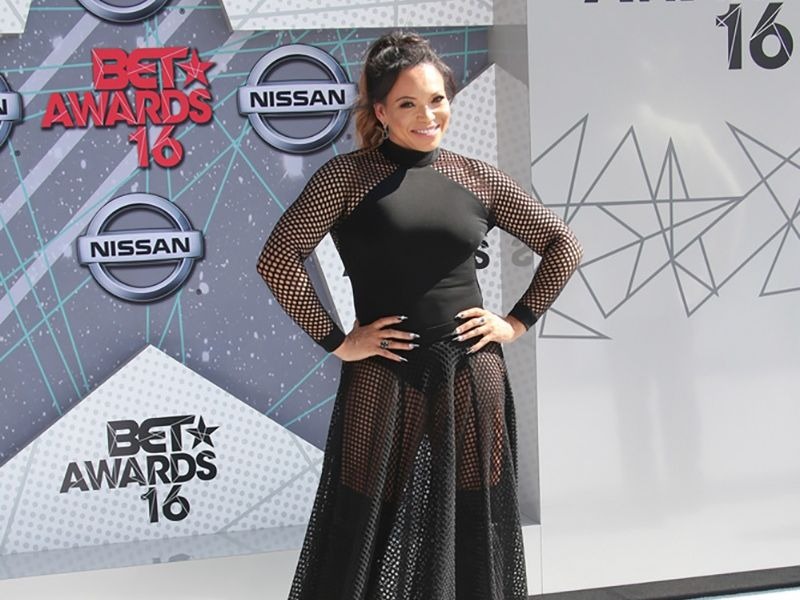 TISHA CAMPBELL OPENS UP ABOUT RECONNECTING WITH MARTIN LAWRENCE AFTER SEXUAL HARRASSMENT LAWSUIT: Tisha Campbell opened up about reconnecting with Martin Lawrence after her 1997 sexual harrassment lawsuit against him. During an interview with CBS Mornings, Tisha said, “We worked really hard to reconnect, to forgive, and this reunion is about a celebration of everything that we did, everything that we accomplished, and our growth as human beings. And so we concentrated mostly on that.” The Martin reunion is set to air on BET+ on June 16th.

DREW SIDORA'S SISTER DENIES THAT DREW HAD AN AFFAIR WITH LEBRON JAMES: Drew Sidora's sister and manager Allison Jordan has denied rumors that her sister had an affair with LeBron James. During a recent episode of RHOA, Kenya Moore asked the ladies to name the most famous person they had been hit on by. When it was Drew’s turn to name a celebrity, she said, “I was on Melrose and we were at a restaurant and a certain King of the NBA sent me over a drink. We went on a couple of dates, he flew me to his games. He would listen to my music before his games…all them games he was winning was off of my music.” The question of timelines came about when people realized that LeBron and his wife Savannah had been dating since they were in high school, and they welcomed their first child together in 2004. Jordan clarified that Drew met LeBron in 2002-2003. She explained, “Stop spreading the lies, spreading that she had an affair. We come from a family, my father’s a pediatrician, my mom’s a pastor, we don’t sleep with other people’s husbands okay, we just don’t do that.”

KANDI BURRUSS SAYS ANDY COHEN APOLOGIZED FOR ASKING RILEY ABOUT HER DAD: Kandi Burruss has revealed that Andy Cohen apologized for asking her daughter Riley about her dad during their appearance on Watch What Happens Live. She told E! News, “He just wanted to apologize and say that he in no way wanted to hurt us or anything like that. And I know it wasn’t his intention to make Riley feel bad or anything like that.” She added, “A lot of people just don’t understand that’s a sensitive subject for her … but sometimes if you don’t give a person a heads up, they kind of get caught off guard. And so that’s what I was saying.”