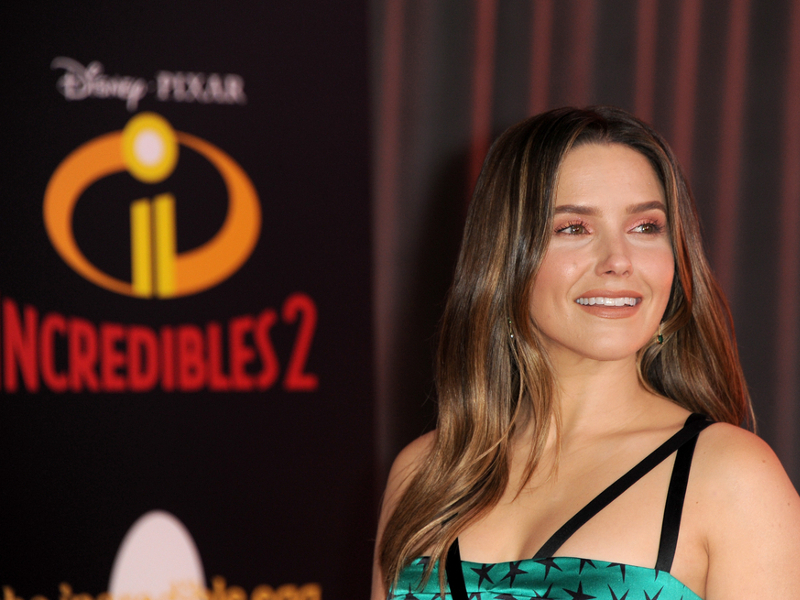 SOPHIA BUSH MARRIES GRANT HUGHES: People reports that One Tree Hill actress Sophia Bush and Grant Hughes were married in Tulsa, Oklahoma—one year after announcing their engagement. A county clerk confirmed the news, stating that a duplicate of the marriage license was issued to the couple on Monday (June 13th).

DREW BARRYMORE CELEBRATES 40TH ANNIVERSARY OF ‘E.T.:’ Drew Barrymore posted a series of throwback photos to her Instagram on Monday (June 13th), showing behind-the-scenes shots from the set of E.T. “Happy 40th Anniversary,” she wrote in the caption.

KOURTNEY KARDASHIAN SHARES PHOTOS OF HER SON REIGN’S NEW MOHAWK: Reign Disick appears to be channeling his new stepdad. On Sunday (June 12th), Kourtney Kardashian posted black-and-white photos of her seven-year-old son modeling his new mohawk. She captioned the post with a razor and a rock-and-roll emoji.

MAMA JUNE COMMENTS ON LOSING CUSTODY OF HONEY BOO BOO: On a recent episode of Page Six‘s Virtual Reali-tea podcast, Mama June said, “Alana made that choice to stay in that environment,” in regard to her daughter Lauryn “Pumpkin” Efird having custody of Honey Boo Boo. “People don’t understand the custody thing. It’s not like somebody ‘lost custody.’ In the state of Georgia, you do temporary guardianship every year and Alana had been with Lauryn in my addiction. Well, at the age of 12, you’re able to make your choice,” she said.