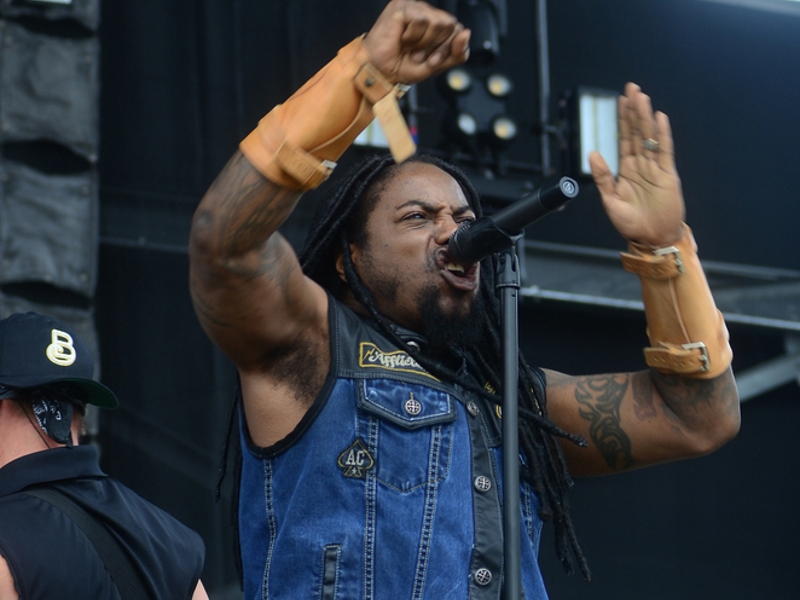 Sevendust Eyeing The End Of Their Career

The end may be in sight for Sevendust. While that band is working on their 14th career album, drummer Morgan Rose recently appeared on Jamey Jasta‘s The Jasta Show where he explained, “We’re not gonna tour the new record until next year at some point. There’s not gonna be many left, I’ll just tell you that. I’m gonna be the one to let all the cats out of the bag, but I can just tell you that we’re not gonna be around, full-fledged, forever, that’s for sure.”

As far as ending on an exact date, Rose says there is one but his lips are sealed. He said, “We’re pretty f**king old to begin with. Somehow or another we’ve kept it together enough to be able to still do it at a respectable level. But it’s gonna happen. I would be lying to you if I told you I didn’t know when. It is gonna happen. But we’re not saying anything.”

Rose said the members of Sevendust have discussed doing a farwell tour “to be able to say goodbye to everybody properly . . .”