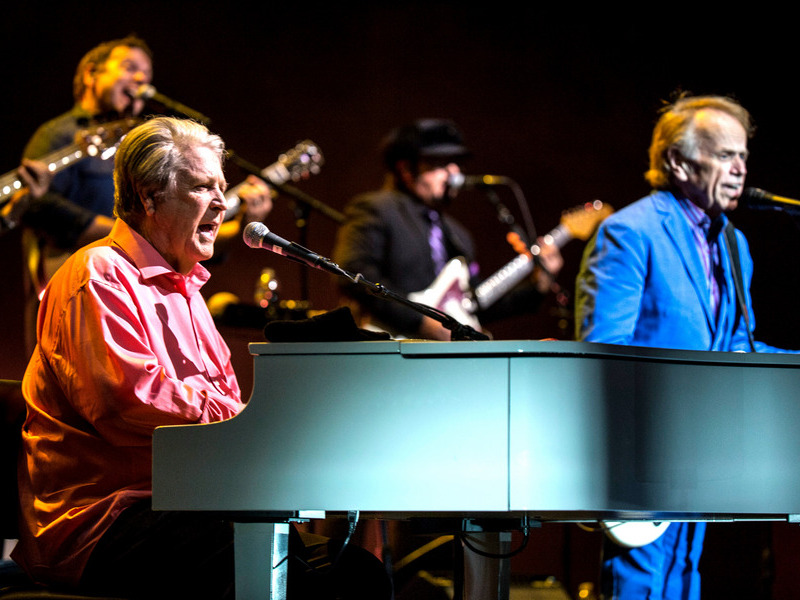 Despite the original Beach Boys' 50th anniversary in 2012 ending in disarray and bad blood — the surviving group members are on different wavelengths as to how they'll celebrate its 60th. Mike Love, who controls the license to tour under the group's moniker, opted out of carrying on with the original group following the band's blockbuster “Celebration 50” tour, preferring to tour with his own band, which includes 57-year Beach Boys veteran Bruce Johnston.

Mojo spoke with Wilson, Love, Jardine, and Johnston about the possibilities of a 2022 team-up.

Mike Love explained, “Brian and Alan are going out (co-headlining) with the group Chicago. And Bruce and I are going out on tours as well. We were trying to make something (involving the whole band) happen in Los Angeles, but there were conflicts because Brian was already booked somewhere else. But we're looking out for a date when we might be able to do something together, which would be nice, y'know? And I think there may be a tribute album where we get involved with other people doing versions of our songs.”

Al Jardine added: “No. Other than in my own head. I'm planning on it myself. I don't know if anybody else is (laughs). We're all hoping for it. But it's really up to Mike. It's really his call. Tell him I really would like to do a worldwide tour with him one more time. In spite of all the politics, it's a celebration that I think the world deserves right now.”

Bruce Johnston answered: “My only answer is, God only knows. What can I say? I don’t know who’s doing what, where, how, when. I’m just standing by for the bus to pick me up. I don’t know which bus. Maybe the reunion bus is gonna drop by. I don’t know. Listen, I’m still the new guy. 60 years later, does it feel like another life entirely? No, it’s only another summer (laughs).”

Brian Wilson was asked if after 60 years it all feels like another life entirely — and admitted: “Those memories are still vivid. . .”

When pressed about the Beach Boys' reunion plans, he said: “No plans.” Regarding a possible new studio set from the group, Wilson answered, “Probably not. . . but who knows?”

A while back we asked Mike Love — who ceded much of his control over the 50th anniversary tour to Brian Wilson's management — if he would be open to ever reuniting with the original band again: “Well, it depends, 'cause the way it was run and the people who were running it, I have serious issues with, as well. As far as working with my cousin Brian — were that to be allowed, or made cause to happen, or that opportunity presented itself — I'd definitely be open to it. 'Matter of fact, 'talked to Brian about a year before we even started doing any of the recording for what turned out to be That's Why God Made The Radio album; he and I talked about doing a project and he was excited about doing it — but it never came to fruition. It was given another direction. Not by me and not by Brian, but by, by others.”

Around that same time, we asked Al Jardine if he was prepared to carry on with the 2012 reunion lineup indefinitely: “Absolutely, for God's sake. I mean, what iconic veteran group wouldn't want to maintain the momentum with the original cast — except, unfortunately some of those who can't be with us. But that was a ride. It was one of those rides that you don't wanna have end. And normally you take something like that (on the road) for at least two years — just to recoup your expenses. But that's not why, just for the joy of doing it first, expenses can go down the list somewhere else.”