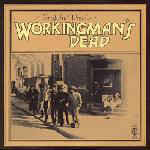 Though never released as a single, “Casey Jones” is one of the Grateful Dead's most popular songs and one of a handful that has received regular radio play since its release.

The song was widely embraced by burgeoning FM rock stations, but many others resisted playing “Casey Jones” because of its blatant references to cocaine.

In a 1972 interview, singer-guitarist Jerry Garcia said he considered the song “a pretty good musical picture of what cocaine is like. A little bit evil. And hard-edged. And also that sing-songy thing, because that's what it is, a sing-song thing, a little melody that gets in your head.”

The Workingman's Dead album was originally planned to be a song cycle called Eagle Mall, for which Robert Hunter planned to write all the lyrics.

The album instead morphed into an acoustic-oriented exploration of American roots music including blues, country and folk, a radical shift from the electric psychedelia represented on previous Dead albums such as Aoxomoxoa and Live Dead.

Workingman's Dead was influenced by two strains of rock at the time–the country-rock movement of Gram Parsons and the Flying Burrito Brothers, and the harmony-oriented sounds of Crosby, Stills & Nash (CSN). Drummer Mickey Hart recalls that prior to Workingman's Dead, “we were improvisationalists. We'd play for two or three hours, sing for forty-five seconds–off-key–and play for another hour. We were not one of your better vocal groups. Then Crosby, Stills & Nash came along and changed us tremendously. (Stephen) Stills lived with me… for three months around the time of the first (CSN) record, and he and (David) Crosby really turned Jerry and (Dead singer-guitarist) Bobby (Weir) onto the voice as the holy instrument. You know, 'Hey, is THAT what a voice can do?' That turned us away from pure improvisation and more toward songs.”

Workingman's Dead was the group's most successful album to that point. It was the Dead's first top 30 album, peaking at Number 27 on the Billboard 200, and its first million-seller.