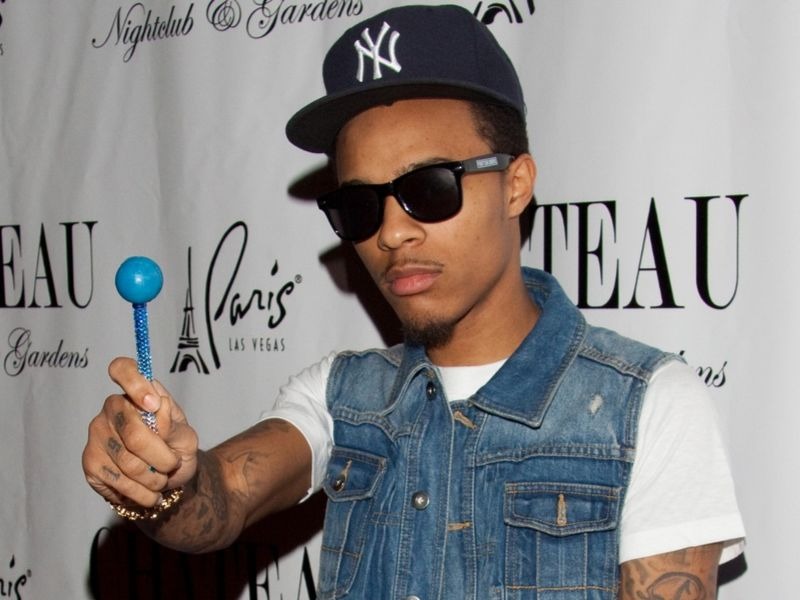 BOW WOW RESPONDS TO ORLANDO BROWN'S 'BOMB A** P*SSY' COMMENTS: Bow Wow has responded to Orlando Brown's recent comments about him during a recent interview with Funny Marco. When Marco asked Brown if he watched BET's 106 & Park, Brown responded he hadn't watched since “Bow Wow was on air.” When Marco asked Brown if he had any issues with Bow Wow, he responded, “I ain’t got no problem with Bow Wow,” Brown begins, adding, “Bow Wow got a bomb a** pu**y.” Bow Wow responded via Twitter, saying, “Tweaked out… but you know dude really need help na im sayn? Thats why we aint trippin on em. Nobody taking him serious. Its sad because he had potential to be great. Its sad. Dem drugs!” He continued, “Since when legends GOT TO speak on f*ckery? Im filming my new tv show as we speak and preparing for a sold out show at the o2 arena for the millennium tour in London. Ima 35 yr old father i dont play them type games. You do know this bow u talking to right. I AM A BOY DAMON.”

DRAKE ANNOUNCES OCTOBER WORLD WEEKEND EVENT: Drake has announced the October World Weekend Event featuring Lil Wayne, Nicki Minaj, Lil Baby, Chris Brown and more. He tweeted, “OCTOBER WORLD WEEKEND ? I am currently working on bringing OVO FEST around the world in 2023 for the 10th Anniversary. but of course we wanted to turn the city up for the summer!!! More event announcements to come.” October World Weekend will go down on July 28th-August 1st.

KEVIN GATES SPEAKS ON HAVING SEX WITH HIS COUSIN ON 'CARESHA PLEASE': In a teaser video for the upcoming episode of Caresha Please, Caresha spoke to rapper Kevin Gates about having sex with his cousin, saying, that a family member told him “She pulled me to the side and said, ‘baby, that’s your cousin.'” Kevin Gates quickly exclaimed,”I ain’t bout to stop.” The episode premieres today (June 14th).

QUAVO ADDRESSES ELEVATOR FIGHT WITH SAWEETIE: Quavo has addressed the elevator fight with Saweetie. During an interview with GQ, he said, “If I can ever speak on it, I never once in a million years want to do any harm to any woman, period.” She continued, “I don’t like what people think. When they saw the elevator thing they thought it was abusive, something crazy.”

DABABY'S FORMER ARTIST KAYYKILO SPEAKS ON HER SPLIT FROM HIS RECORD LABEL: DaBaby's former artist Baton Rouge native Kayykilo went on Instagram Live to speak on her experience working with the rapper. Kayykilo claimed DaBaby belittled her right before he performed at Rolling Loud, saying, “My first Rolling Loud, maybe an hour or two before I went on stage, I was told that I was an ain’t s**t artist. I was told that I don’t work hard enough and that I’m not good enough.” She also spoke on Baby's artist Stunna4Vegas allegedly pulling a gun out on her, saying, “When a gun was pulled on me. I didn’t get on the internet. Nobody ever asked me was I okay. It’s hella s**t that I done went through. Police have pulled Draco’s to my face when I’m with y’all. I done got in shootouts with y’all. I never got on the internet, but now I’m the opp.”