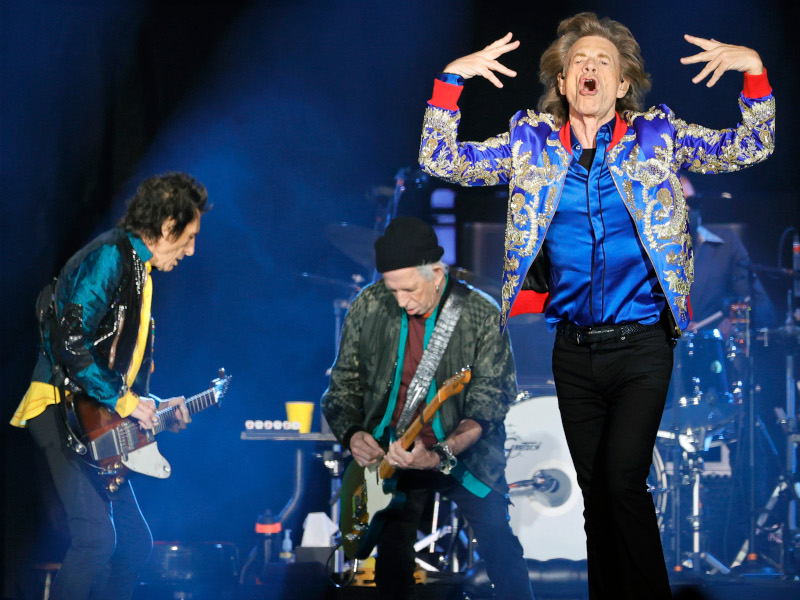 On Friday night (July 15th) at Vienna, Austria’s Ernst Happel Stadium, the Rolling Stones welcomed a pair of Ukrainian children's choirs to back them on their 1969 standard, “You Can't Always Get What You Want.” Rolling Stone reported, “The Dzvinochok Boys Choir and Vognyk Girls Choir traveled from Kyiv despite the ongoing war with Russia” — with Mick Jagger explaining to the crowd about the 15-hour trek the singers took to perform: “They came long way to be here tonight. They drove all the way.”

Mick Jagger has had 60 years of experience playing every type of show — from the unannounced to the spectacle, from the club gig to the Super Bowl. He maintains that no two types of shows are alike — nor should they be: “On later tours, I've noticed you don't want to do the same ones and if you do it tends not to work quite so well. It's hard to do. . . Y'know, you go from the Fox Theatre, Atlanta to, y'know, a 90,000-seat stadium, it's very different. And your attitude towards the audience is different. You go into the Fox Theatre doing what you do at Anaheim, it looks absolutely stupid, and you have to really pull back so the audience can see your eyes and you can see their eyes (laughs). It's a completely different feeling.”