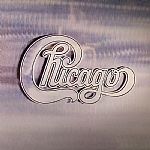 Chicago formed in 1967, originally calling themselves the Big Thing, then Chicago Transit Authority. They dropped the “Transit Authority” after their first album in 1969.

One of the first rock groups to incorporate brass instruments, Chicago carried on a friendly rivalry with colleagues in bands such as Blood, Sweat & Tears.

Keyboardist Robert Lamm said that “25 Or 6 To 4” is “just a reference to a time of day. The song is about writing a song. It's not mystical.”

“25 Or 6 To 4” was the second single from Chicago II and Chicago's first Top Five hit, peaking at Number Four on the Billboard Hot 100.

The song reached Number Seven on the U.K. pop chart.

The Chicago II album peaked at Number Four on the Billboard 200 chart.

Chicago II's liner notes had a defiantly political edge. The album was dedicated “to the people of the revolution… and the revolution in all its forms.”