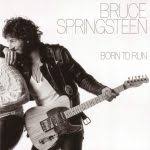 Bruce Springsteen recorded the Born To Run album under duress, since his first two albums had sold a combined 90,000 copies and Columbia was largely disinterested in his career.

The song was recorded in advance of the album, during a session at 914 Sound Studios in Blauvelt, New York. It was one of the last of Springsteen's recordings to be co-produced by then-manager Mike Appel and to feature E Street Band members Ernest “Boom” Carter and David Sancious.

Shortly after it was recorded, Appel leaked copies of “Born To Run” to DJs in New York, Philadelphia, and Boston while the album was still being recorded, which created an underground buzz and heightened expectations for the album.

Former Hollies singer Allan Clarke was impressed enough by the song to record a cover version and release it in the fall of 1974 — before Springsteen's own version came out. On a side note, in 1975 the Hollies would also cover Springsteen's “4th Of July, Asbury Park (Sandy),” which hit Number 85 on the Billboard Hot 100 — better than any Springsteen single had done to that point.

The gambit worked — thanks to the buzz, Columbia spent an estimated $150,000 advertising and promoting the Born To Run album, a huge sum for an unknown and relatively unsuccessful artist.

Part of the campaign included maneuvering Springsteen onto the cover of both Time and Newsweek during the same week (October 27) in 1975.

Springsteen acknowledged his lofty ambitions for the song in the liner notes of his Greatest Hits album, calling it “My shot at the title — a 24-year-old kid aiming at 'the greatest rock 'n' roll record ever.'”

He told biographer Dave Marsh that “The most important thing is the question thrown back at 'Born To Run' — 'I wanna know if love is real' — and the answer is yes.”

The “Born To Run” single peaked at Number 23 on the Billboard Hot 100.

The Born To Run album reached Number Three on the Billboard 200.

A “Born To Run” video featuring concert footage was released in 1987.