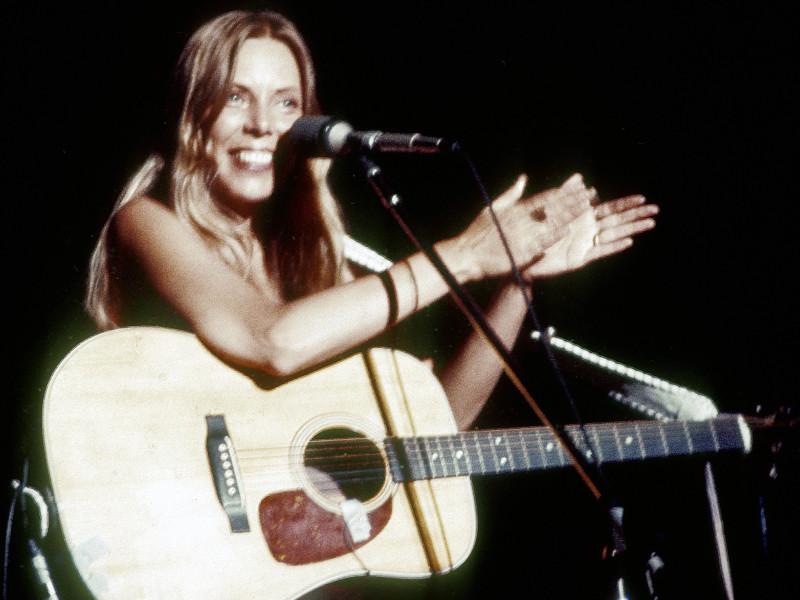 On September 23rd, Joni Mitchell will release The Asylum Series (1972-1975), her second collection of remastered albums in her ongoing Warner Bros. reissue series. The upcoming set features newly remastered versions of For The Roses (1972), Court And Spark (1974), the double live album Miles Of Aisles (1974), and The Hissing Of Summer Lawns (1975). All four albums were recently remastered by Bernie Grundman from the original master tapes.

The cover art for The Asylum Series (1972-1975) features an original painting by Mitchell. The set also includes an essay by friend and fellow Canadian Neil Young, who writes: “Joni’s music is so deep and transporting. She comes right from the source. There is no mistaking it. . . For The Roses, Court And Spark, Miles Of Aisles, and The Hissing Of Summer Lawns. . . are all classics in my book. I listened to every album as it came out. The musicians she played with were always above my abilities. She had grown from folk to jazz and in between, creating a unique kind of sound that I loved to listen to over and over.”

Uber-fan Jimmy Page was asked if Joni Mitchell's influence can be found in Led Zeppelin's music: “Yeah, absolutely. I mean, I think anybody — any sort of, thinking people — were listening to Joni Mitchell's music. Apart from the fact that, y'know, I thought, she was absolutely gorgeous to look at and I really loved her music — right from the very, very first album onwards. Yeah, sure I listened to Joni Mitchell. Oh, we even make a reference to her in 'Goin' To California' on the fourth album.”

In 1997, Graham Nash — who was also romantically linked to Joni Mitchell — accepted her induction into the Rock and Roll Hall of Fame, since Mitchell was not on hand. At the ceremony, he spoke about Joni's strength and vulnerability as a musician: “As delicate and as feminine as Joni is, she's a very tough lady, and she has always been a rock-and-roller at heart. She has always been, and wanted to be, one of the boys. And especially with me and David (Crosby) and Stephen (Stills), she was one of the boys for many years, in all of our lives.”