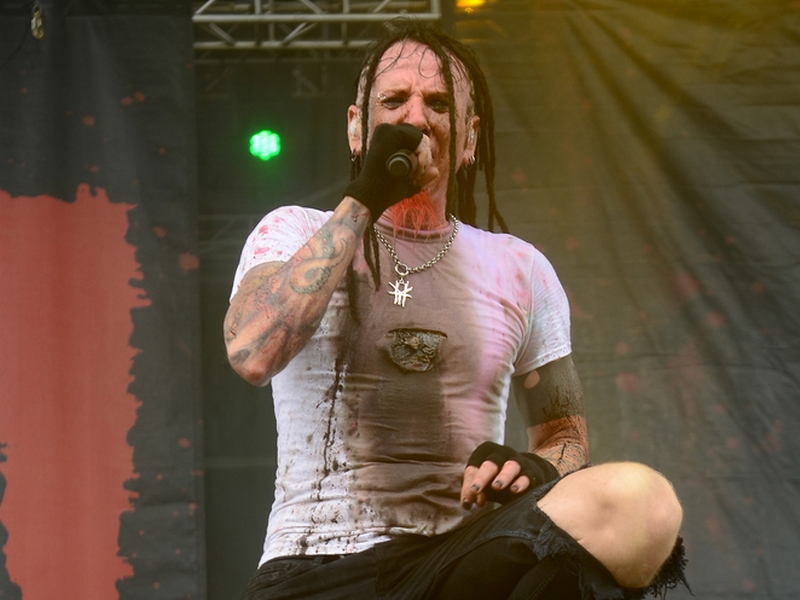 Mudvayne's Chad Gray was performing at the Ameris Bank Amphitheatre in Alpharetta, Georgia on Wednesday (July 27th) when he accidentally tumbled off the stage. Based on a video taken by a concertgoer, Gray continued to sing even though fans could no longer see him and he eventually resurfaced unhurt in the pit in front of the stage.