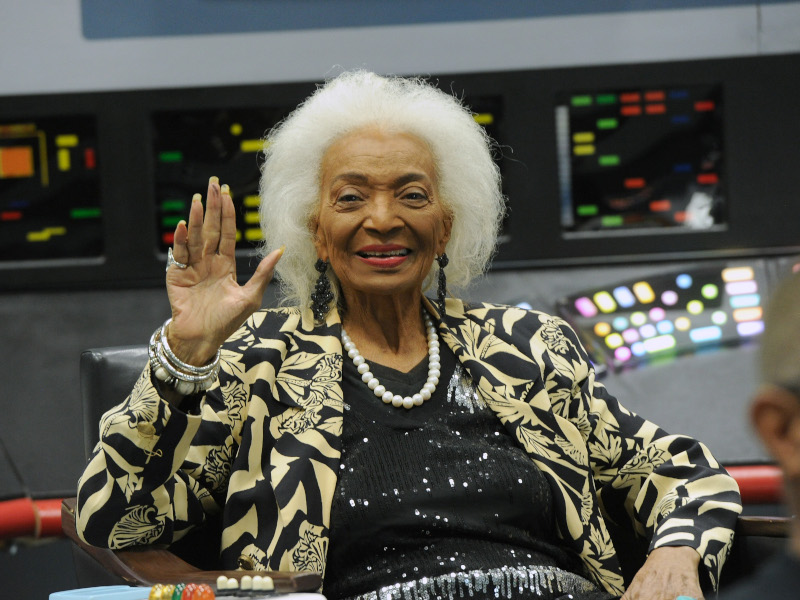 On Monday’s (August 1st) episode of The View, Whoopi Goldberg paid a special tribute to the legendary Nichelle Nichols, who died on Saturday (July 30th) at the age of 89. Nichols is most known for her role as Lieutenant Nyota Uhura on Star Trek: The Original Series. Goldberg later played Guinan on Star Trek: Next Generation.

“A trailblazer, a heroine, and an extraordinary woman—someone who inspired millions and millions of people but inspired me. Nichelle was the first Black person I’d ever seen who made it to the future,” Goldberg said. She also referred to Nichols as “the one beacon that said, ‘Yes, we’ll be there.'”

The Ghost actress added, “It just made me feel like that was an amazing thing and she helped propel other women to go into space. She was extraordinary and I was lucky enough to spend time with her over the years. She was my friend and she will be missed.”

Zoe Saldana, who plays Uhura in a Star-Trek reboot, also honored the late Nichols on Monday (August 1st) with an Instagram post. “I’m saddened to learn of Nichelle Nichols’ passing. We have lost a true star- a unique artist who was ahead of her time always. She’s an icon, an activist and most importantly an amazing woman- who blazed a trail that has shown so many how to see women of color in a different light. Her strive for equality was unwavering,” she wrote.