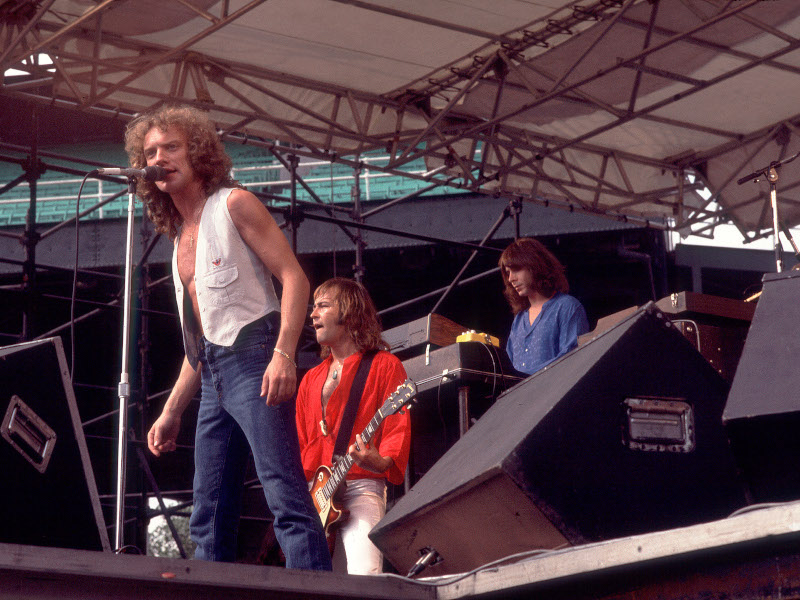 It seems as though the love fest between ex-Foreigner frontman Lou Gramm and his former band is over and done with. Over the past few years, Gramm and co-founder and leader Mick Jones have made peace, with Gramm and the original members of the band joining the current lineup for a string of special dates — but now Gramm isn't holding back on how he feels about the latest incarnation of the band.

Blabbermouth transcribed some of Gramm's recent chat with RockHistoryMusic.com, in which he spoke very candidly about the band's current frontman, Kelly Hansen: “Kelly is all right. He's a good singer. But I think Mick really told Kelly, when he first got in the band, that he had to study me, because he sings those songs with the same musical innuendos and vocal licks and ad-libs as I have. He's mimicking me. His voice doesn't sound like me, but he's singing the songs the way I would sing them. Some people say, 'Well, take it as a compliment, Lou.' I don't take it as a compliment. You're a singer with a big band like that — use your voice and your style. Don't hang your coat on my hook.”

He went on to say, “I don't think he should sing the songs verbatim like me. Maybe sing a couple of parts. But let his own influences show — show the fans that he's the new singer now, not me.”

Regarding him being done with any future special appearances with Foreigner, Lou Gramm admitted, “I think so, yeah. I don't wanna be a part of it. Well, (guitarist) Ian (McDonald) has passed away and (bassist) Ed Gagliardi passed away, even though he wasn't part of the reunions. Two original members of the six are now gone. And Mick is in very poor health. I think when the new Foreigner plays, I've heard that he comes on for one song and then waves and goes offstage. (In the recent past) he would play the whole last half of the set. But then he was in the hospital again for weeks. He had some heart problems and his recovery time was very long and tedious. And I heard that he comes out for one song now — when he comes on. Most of the time Foreigner has no original Foreigner members in it.”

Back in 2007, Lou Gramm told us the chance to be part of Foreigner once again after all the bandmembers have been through meant the world to him: “The lifespan of most bands when Foreigner started was half-a-dozen years, or maybe a little more, and, y'know, there weren't that many reunion tours or things like that going on. Not to say we're the first people who have done that, but I'd say that this is a real enjoyable and satisfying experience to not only look back and remember but to actually stand onstage and do it again after all these years is — and be able to do it again — is also very enjoyable, y'know?”