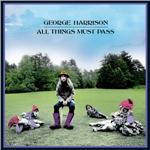 ‘What Is Life’ – George Harrison

Asking the metaphysical question of its title, “What Is Life” was the B-side of the British single version of “My Sweet Lord” and was released as its own A-side in the U.S. in February 1971.
“What Is Life” reached Number 10 on the Billboard Hot 100 and stayed on the chart for nine weeks.
Like “My Sweet Lord,” Harrison wrote “What Is Life” for Billy Preston's Apple album Encouraging Words. He later decided it wasn't Preston's style and kept it for his own solo album.
The All Things Must Pass album — Harrison's first “proper” solo album after the 1966 Wonderwall Music film score and the 1969 Electronic Sounds experiment — hit Number One in the U.S. (where it stayed for seven weeks) and Number Four in the U.K. It's been certified double platinum in the U.S.