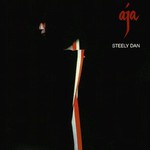 “Peg” was the last song cut for Steely Dan's seminal Aja album, recorded in New York while the rest of the album was being mixed back in Los Angeles.

Donald Fagen and Walter Becker did do some overdubbing for the song in Los Angeles, however.

The lead single from Aja, “Peg” peaked at Number 11 on the Billboard Hot 100.

ABC tried to edit “Peg” for its release as a single, but after one attempt decided to let the song go at its full length.

Drummer Rick Marotta says he and bassist Chuck Rainey remember the “Peg” sessions well: “We had done stuff with them before, so we knew what to expect, so we just started playing. Chuck and I had played together so much that we got into a groove. I don't remember everything about it exactly, but I remember I was very sick, and Don Grolnick had to take me to the hospital in the middle of the night during a rainstorm to get a shot. Anyway, once Chuck and I started playing, you could have hung your coat up on the groove.”

The late Jeff Porcaro, a Steely Dan session regular who went on to co-found Toto, liked “Peg” so much that he made a tape loop of it for his car tape deck.

Rainey has said that Becker and Fagen's demo for “Peg” was actually good enough to have been released on its own, without re-recording.

Rainey also balked at Becker and Fagen's instructions not to use a thumb slap bass technique that was his trademark. He felt it would be appropriate for “Peg,” so while recording his part he turned his back to the control room window and performed the technique anyway.

Becker and Fagen also had trouble getting a guitar solo they liked for “Peg.” They tried eight different players, including Larry Carlton, Robben Ford, and Becker himself, before Jay Graydon played it to their satisfaction.

The backing vocals for “Peg” have stellar credentials: Michael McDonald, of course, was working with the Doobie Brothers, while Paul Humphrey had done Motown sessions for Marvin Gaye and the Four Tops.

Aja — Becker and Fagen's first Steely Dan album as a duo — was the group's top charting album, peaking at Number Three on the Billboard Top 200. It reached Number Five on the U.K. album chart.

It's also the band's best seller, with more than two million copies sold.