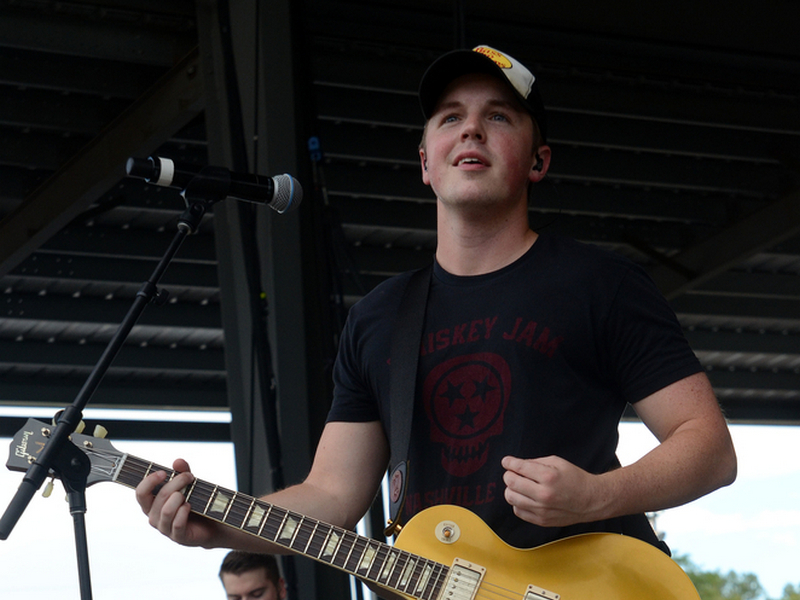 Travis Denning will celebrate his new six-song EP, Might As Well Be Me, at Blake Shelton's Ole Red in downtown Nashville tonight (Monday, August 8th) at 6 p.m. CT. Fans can attend in person or join the party through the livestream on Facebook or YouTube.

Might As Well Be Me was released on Friday (August 5th), and as Travis tells us, there's something to suit every mood. “There’s some honest songs in there, some reflective songs on where I’m at in my life, and then there’s some absolute rockers. There’s some songs that I wanna play live and I want people to go ‘Dang! They brought it on that one.’ That’s what I really learned; ignore everything else, get in the studio with people you love, and just make music that is true to you.”

The EP also features Travis' new song,”Buy A Girl A Drink,” which he co-wrote.

He continues on the Beers On Me Tour with headliner Dierks Bentley on Saturday (August 13th) in Scranton, PA.