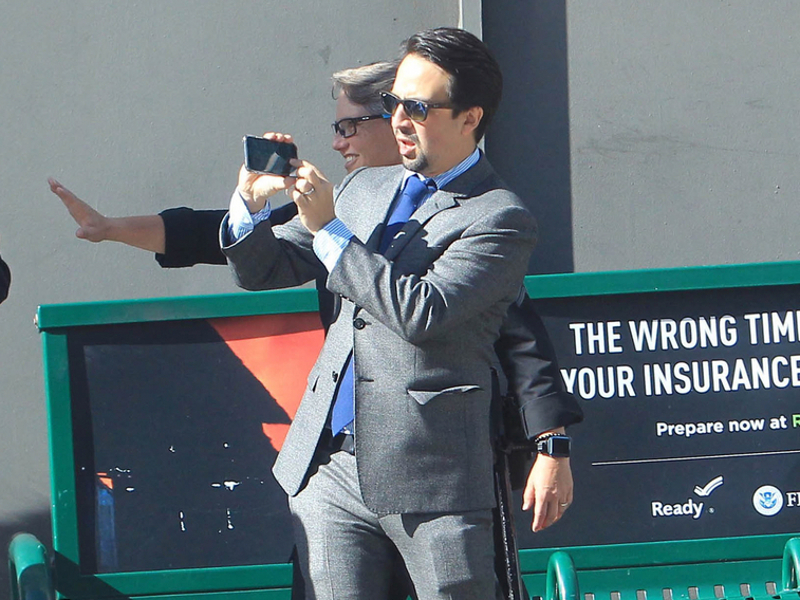 ABC TO AIR 'RODGERS & HAMMERSTEIN'S CINDERELLA': ABC will celebrate the 25th anniversary of Rodgers & Hammerstein’s Cinderella with a 20/20 news special cast reunion and a presentation of the original film. Cinderella: The Reunion, A Special Edition of 20/20, airs on ABC-TV on Tuesday, Aug. 23rd stating at 8 PM ET/PT and will stream the next day on Hulu. The reunion will feature Brandy, Whoopi Goldberg, Paolo Montalban, Victor Garber, Bernadette Peters, Jason Alexander, and Veanne Cox.

LIN-MANUEL MIRANDA ADDRSSES UNAUTHORIZED VERSION OF 'HAMILTON': Lin-Manuel Miranda has spoken out about the unauthorized, “Christianized” version of his musical, Hamilton. In a tweet, the Tony-award winner wrote, “Grateful to all of you who reached out about this illegal, unauthorized production…And always grateful to the @dramatistsguild, who have the backs of writers everywhere, be it your first play or your fiftieth.”

SPECTRUM ORIGINALS TO SHUT DOWN: Deadline reports that Spectrum Originals which produced series like L.A.’s Finest and the Mad About You revival for Spectrum cable subscribers is shutting down. The move leaves several current series in limbo including Joe Pickett and Beacon 23.

LAUREN AMBROSE JOINS 'YELLOWJACKETS': According to Deadline, Lauren Ambrose has been cast as the adult version of Vanessa “Van” Palmer for the second season of Yellowjackets. The Six Feet Under alum’s teen counterpart was played in Season 1 by Liv Hewson, who has been upped to a series regular for Season 2.

KATE MCKINNON WAS HOPING TO MAKE OUT WITH 'SNL' COSTARS IN LAST EPISODE: Kate McKinnon recently told Vulture’s Good Ones podcast that she was hoping to make out with all of her co-stars before she departed Saturday Night Live. For her final sketch, she originally wanted to reprise barfly Sheila Sovage, “and make out, individually, with every one of my colleagues. But due to COVID restrictions and due to a “Final Encounter” being such a beautiful idea, we went with that. So I didn’t get to make out with everyone, which is a bother, but maybe one day.”