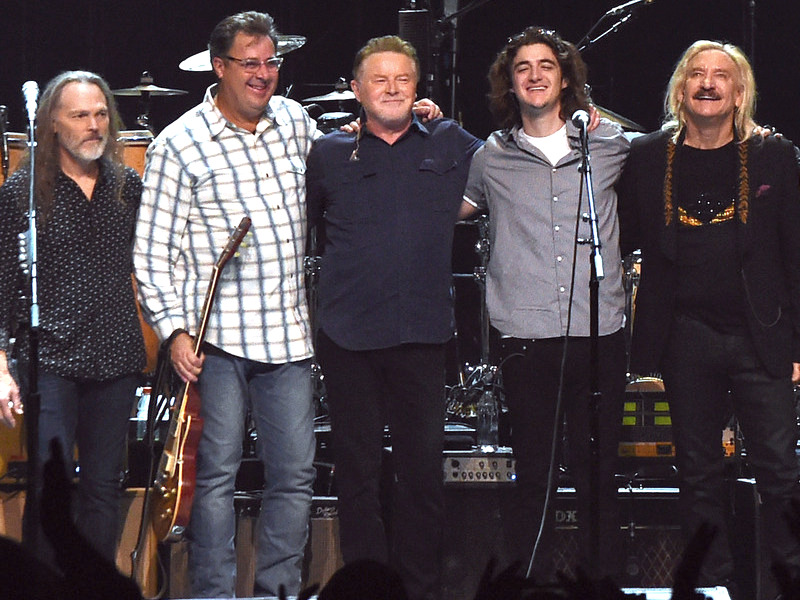 In the Eagles' current shows, Vince Gill is handling a large percentage of the classic Glenn Frey ballads. Joe Walsh explained how the group came to choose Gill for the gig: “Vince Gill has a been a really good friend of the band for a long time. And so, we thought about him having that kind of voice. And he grew up listening to the Eagles, so, all of that put together — we figured we would, at least try it.”