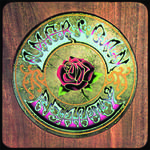 Until “Touch Of Grey” in 1987, “Truckin'” was the Grateful Dead's most successful single, peaking at Number 64 on the Billboard Hot 100 chart.

The American Beauty album peaked at Number 30 on the Billboard 200 chart and is one of the Dead's handful of million-sellers.

The song's autobiographical, on-the-road quality comes from lyricist Robert Hunter spending several months on the road with the band.

Hunter's actual design for the song was to keep writing stanzas to reflect various changes in the band. He wrote several other verses for the song but never seriously introduced them to the Dead.

Deadheads cite this song as one of the frankest in the group's canon, its lyrics giving a bit of insight in the Dead's own world: “You're sick of hangin' around and you'd like to travel/Get tired of travelin', you want to settle down.”

The song makes reference to the group's January 31, 1970, drug bust for possession of marijuana in New Orleans.

The song also coined the Dead’s longstanding motto: “What a long, strange trip it's been.”

Among the guests on American Beauty are members of one of singer-guitarist Jerry Garcia's side bands, New Riders Of The Purple Sage, which released an album of its own in 1971.