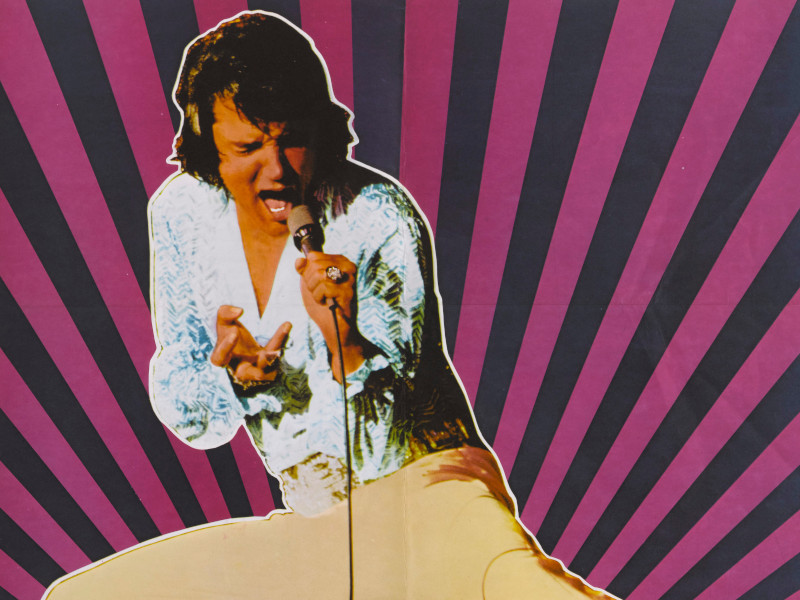 Coming on December 2nd is the seven-disc Elvis On Tour box set. In commemoration of the 50th anniversary of Elvis Presley's legendary tour the movie was culled from, the Elvis On Tour CD / Blu-ray box set is comprised of the audio from four of the shows — and two rehearsals — that were part of “The King's” 1972 North American tour.

The original concert film opened on November 1st, 1972 and went on to win the award for Best Documentary Film at the 30th Golden Globe Awards.

The new set features a total of 145 tracks, including 91 tracks that have been previously unreleased, as well as the award-winning concert film on Blu-ray.

After years of being confined to a backbreaking movie schedule, starting in 1969, Elvis Presley was thrilled to finally hit the stage in front of his fans — both in Las Vegas and on the road: “A live concert to me is exciting because of all the electricity that's generated and the crowd and on stage. It's my favorite part of the business is the live concert. I exercise every day, I vocalize every day, if I'm working or not, so, I just try to stay in shape all the time, vocally and mentally. Both is tough (laughs), y'know? You gotta work at 'em, but I don't mind it, y'know? It's worth it.”

Tomorrow (August 16th), marks the 45th anniversary of Elvis' death of a heart failure at age 42.