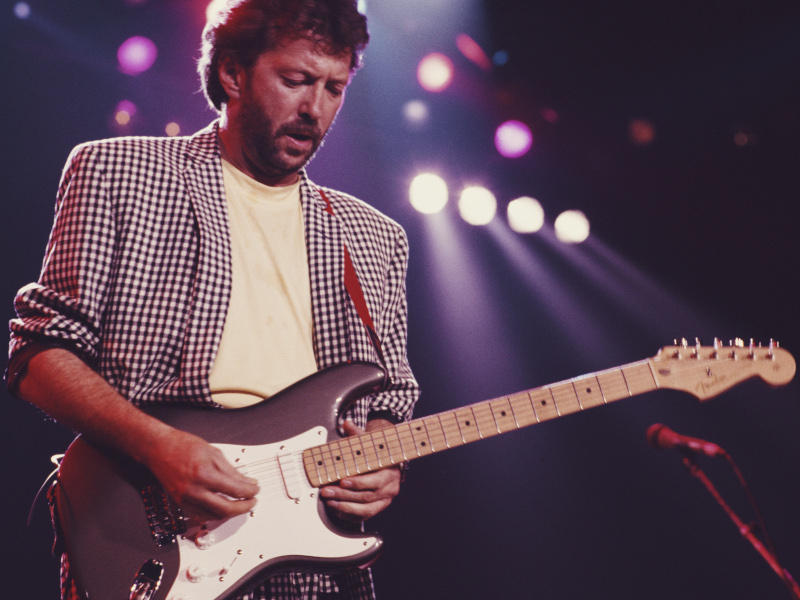 Set for release on September 30th is the latest Eric Clapton box set, The Complete Reprise Studio Albums – Volume 1, which sells for $249.98. The Reprise collection contains newly remastered versions of six studio albums pressed on 180-gram vinyl: Money And Cigarettes (1983) as a single LP, Behind The Sun (1985), August (1986), Journeyman (1989), From the Cradle (1994), and Pilgrim (1998) as double-LPs. Behind The Sun and August were originally released as single LP's with both now packaged as three-sided double albums to avoid long LP sides and to maximize the audio quality.

A bonus album, exclusive to the new collection, Rarities (1983-1998), brings together eight rare recordings from this era, including live versions of “White Room” and “Crossroads” that were both featured on the B-side of the 1987 single “Behind The Mask.” Another B-side, “Theme From A Movie That Never Happened (Orchestral),” appeared in 1998 on the B-side to “My Father’s Eyes.” A cover of Albert King‘s “Born Under A Bad Sign” and a previously unreleased remix of “Pilgrim” by co-writer and long-time Clapton producer Simon Climie.

Early 2023 will see the release of The Complete Reprise Studio Albums – Volume 2, a companion vinyl boxed set that features Clapton’s Reprise studio albums spanning 2001-2010, along with an exclusive LP of rarities from that era. More details on this release will be announced soon.

Eric Clapton explained what goes through his head just before he launches into one of his signature solos: “You've got a (laughs) brief span of, like 10 seconds — 'Right, I'm gonna play something now' — and you go through 100 different changes in your head about what approach you're gonna take and usually by the time you've gone through those changes — it's time! It's just like someone shoved you through a door and you've suddenly got to do an act. And for me, I just start singing. It's a voice. 'Got nothing to do with technique at all. Experience, maybe, of y'know, having confidence in knowing what you're hearing in your head you can do with your hand. But apart from that it's not any cleverness at all. It's just feeling.”