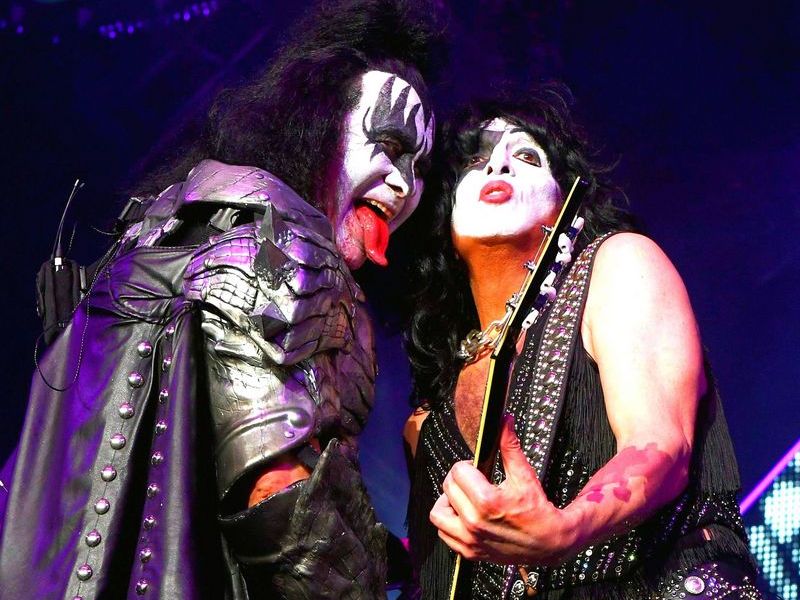 Gene Simmons: ‘Kiss Will Continue In Other Ways’

Gene Simmons gave the blueprint of how the Kiss brand may live on after the band wraps its ongoing “End Of The Road ” tour. Blabbermouth transcribed some of the bassist's comment while appearing on Dean Delray's Let There Be Talk podcast, where he touched on the final Kiss concert: “We don't know if it's (going to be in) New York. I have good reasons why it should be, but the important thing is when it's the last show, it'll be the last show. Kiss the touring band will stop. But the touring band. Kiss will continue in other ways. I have no problems with four deserving 20-year-olds sticking the makeup back on and hiding their identity.”

Regarding the Kiss brand living on beyond the touring shelf life of the group, Simmons explained, “Kiss will continue in ways that even I haven't thought of. But I can conceive of. . . Y'know, the Blue Man Group and Phantom Of The Opera tours around the world with different personnel. There could and should be a Kiss show, kind of live on stage with effects and everything else, but also semi-autobiographical thing about four knuckleheads off the streets of New York that ends with the last third as a full-blown celebration, a full-on performance. Not with us. Although not a problem stepping in every once in a while.”

Although Gene Simmons will miss the nightly connection Kiss gets when performing among the band's die-hard fans — he's not shedding tears over the band quitting the road: “This is not a sad occasion. We couldn't think of a happier way to end it than with the people who put us here in the first place — our bosses, the fans. Y'know, they've made all our dreams come true, and we're blessed and feel very fortunate and thankful for giving us this life.”

Their next U.S. show is set for September 21st at West Palm Beach's IThink Financial Amphitheare.