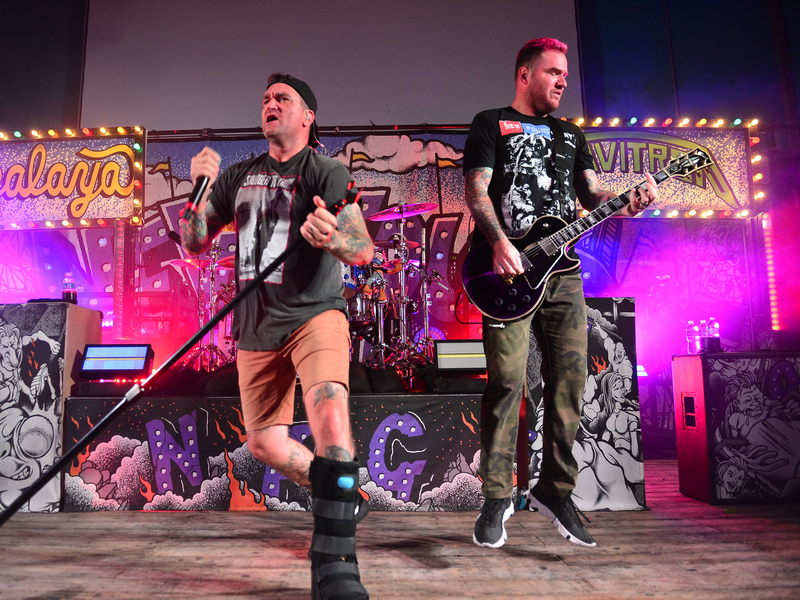 New Found Glory‘s Chad Gilbert underwent surgery yesterday (Tuesday, August 16th) after doctors found a benign tumor in his spine, according to his Instagram post which included several pictures of his family and friends with him in the hospital. He said that after surgery, he will receive “fancy radiation.” Gilbert shared that this all started when he began having “really intense bad back pain on tour.”

Last year, Gilbert was treated for cancer and in January, shared that he was cancer-free.

His Instagram post went into detail about some other findings the doctors shared with him which will require further testing. In the meantime, Gilbert writes, “So I ask for all the prayers, hopes, fingers crossed, or whatever you do for people you care about in times like these. For my rock solid angel of a wife @lisacimorelli and our beautiful dream of a baby, Lily Gilbert. Hoping to be home recovering Friday or Saturday!”

NME.com reports that New Found Glory have confirmed they will continue their U.S. tour next month with three headline shows in Philadelphia, Asbury Park and Buffalo.