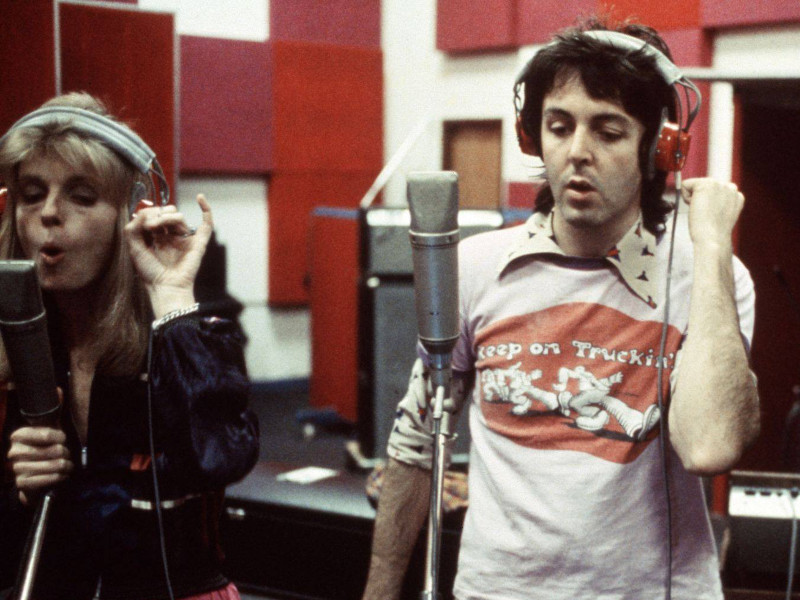 It was 49 years ago this week (August 18th to August 25th, 1973) that Paul McCartney & Wings' theme to the James Bond movie Live And Let Die peaked at Number Two on the charts. The song, which followed the recent Number One success of the band's “My Love,” was kept from the top spot on the Billboard Hot 100 first by Diana Ross' “Touch Me In The Morning,” and then by the Stories' “Brother Louie.” “Live And Let Die” went on to top both the rival Cash Box and Record World singles charts.

McCartney came about writing “Live And Let Die” through former Beatles producer George Martin, who was the film's musical director and pitched the project to him. McCartney spent a day reading the Ian Fleming novel, and then went about composing the song with help from his wife Linda, who contributed the reggae-tinged middle portion.

Wings co-founder and original drummer Denny Seiwell played on the original version of “Live And Let Die” and recalled the events leading up to McCartney recording the Oscar-nominated theme to the 007 thriller: “Everybody thought it was cool that we were doing something for James Bond, y'know? 'Cause I remember what Paul told us — he said a couple weeks before we did the actual recording, he said they wanted him to write the theme to the next James Bond movie, and they sent him the book to read. And we were up at the house one day and he had just read the book the night before, and he sat down at the piano and said, 'James Bond. . . James Bond . . . da-da-dum!,' and he started screwing around at the piano. Within 10 minutes, he had that song written. It was awesome, really. Just to watch him get in there and write the song was really something I'll remember the rest of my life.”

Seiwell recalled the speed in which “Live And Let Die” was recorded: “'Live And Let Die' was pretty amazing, because we did that track in and out of the studio, with a live 40-piece orchestra, overdubs, mix in three hours at Air London at George Martin's studio. So that was pretty impressive.”

Over the years “Live And Let Die” has become a McCartney concert favorite, with its explosions and pyrotechnics that seem to grow with each tour. The song has been featured on such live McCartney albums as Wings Over America, Tripping The Live Fantastic, Paul Is Live, Back In The U.S. and most recently on Good Evening New York City.