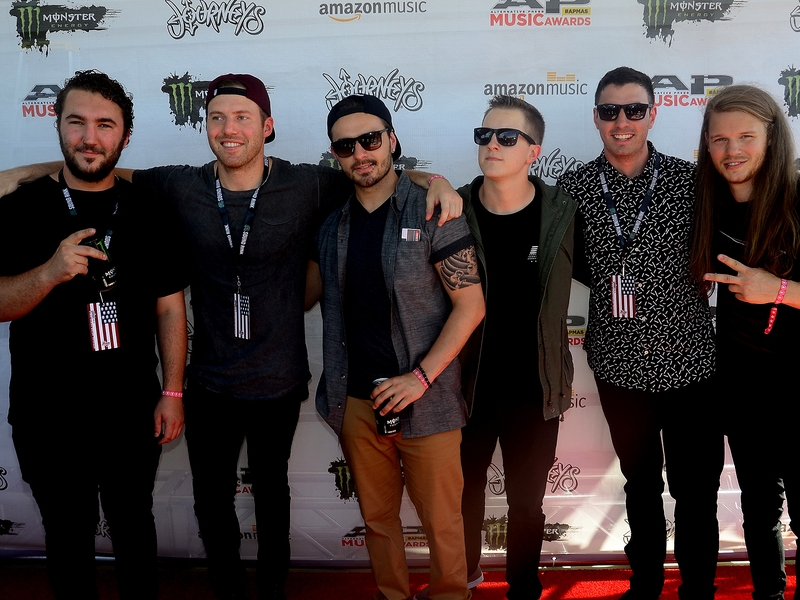 Detroit heavy rock troupe I Prevail re-emerges on Friday, Aug. 19, with its third album, True Power. The quintet recorded the 15-song set during the past couple of years with producer Tyler Smith, recording at Smith's studio in Los Angeles and guitarist Steve Menolan's home studio in the Detroit suburbs. True Power is the follow-up to 2019's Trauma, which launched the singles “Hurricane,” “Breaking Down” and “Every Time You Leave” and scored Grammy Award nominations for Best Rock Album and Best Metal Performance. Brian Burkheiser, I Prevail's “clean” vocalist, tells us that the success gave the band more confidence heading into the True Power sessions: “We've grown and kind of gone from this band that just had a Taylor Swift cover and a little EP to now we're Grammy nominated and selling out crazy tours and playing all over the world… I feel like it's something all of us have really gained so much confidence and… It really did feel like, 'Hey, we kind of already have supplanted ourselves. . . “ (20 OC: . . .supplanted ourselves)

Burkheiser said I Prevail was touring in Europe during March of 2020 when things began to lock down because of the Covid-19 pandemic. A tour with Papa Roach and Five Finger Death Punch was canceled, and I Prevail had a tough decision to make about what to do next: “Essentially it just kind of put us into a mode where we had to make some decision, like, 'Hey, do we cross our fingers and hope we can still tour on the Trauma cycle or do we kind of just say, 'Hey, this is probably gonna be a couple of years of going through this pandemic, and do we just get in the studio and start going crazy?' So we basically made the call to go into the studio and just see what would happen.”

True Power was preceded by the singles “Body Bag” and “Bad Things,” the latter of which reached No. 15 on the Billboard Mainstream Rock Songs chart.

I Prevail begins its North American tour on Sept. 9 in Asbury Park.N.J., wrapping up in Detroit just before Thanksgiving. Pierce the Veil and Fit For a King will be on the bill for both legs, while Yours Truly will open through Oct. 9 and Stand Atlantic stands in starting Oct. 22. Burkheiser says that: “I'm just really excited to play these new songs and be able to play some olds songs from Trauma and Lifelines, too, that fans are excited to hear…”I can't imagine how crazy all these spots will be, and especially with this new record leaning into kind of the heavier side, I've got to imagine right when we come out the gate with the first song I'm gonna look out and all these crowds will be going crazy, which I know is gonna bring so much energy and so much life to me.”

The track listing for I Prevail's True Power includes:

WITH PIERCE THE VEIL, FIT FOR A KING, + YOURS TRULY:

*I Prevail & Pierce The Veil Only // Festival Date

WITH PIERCE THE VEIL, FIT FOR A KING, + STAND ATLANTIC:

*I Prevail & Pierce The Veil Only // Festival Date