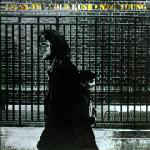 Young's response to Lynyrd Skynyrd: “I'd rather play ‘Sweet Home Alabama’ than ‘Southern Man’ any time. I first heard it and really liked the way they played their guitars. Then I heard my own name in it and thought, ‘Now, this is pretty great.'”

Young's comment on the song in the Decade liner notes: “This song could have been written on a civil rights march after stopping off to watch Gone With The Wind at a local theater. But I wasn't there, so I don't know for sure. Actually, I think I wrote it in the Fillmore East dressing room in 1970.”

After The Gold Rush hit Number Eight on the Billboard album chart. It was Young's first solo album to reach gold status.

It's one of Young's most potent protest songs, along with Crosby, Stills, Nash & Young's “Ohio” (about the Kent State massacre) and “War Song.”

A longtime staple of rock radio, it was never released as a single.

It's one of the few electric, hard-rocking songs on the soft, intense, acoustic After The Gold Rush.

Before going solo, Young was a member of Buffalo Springfield and the supergroup Crosby, Stills, Nash & Young. During the early '60s, he played in a band called the Mynah Birds, which also included funkster Rick James and future Buffalo Springfield bassist Bruce Palmer; the group was actually signed briefly to Motown.