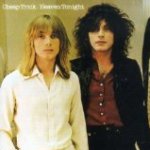 “Surrender,” the opening track from Cheap Trick's third album, was the group's breakthrough song. It gave the band its first appearance on the Billboard Hot 100, peaking at Number 62.

Replete with allusions to sex, drugs and rock & roll (particularly Kiss albums), the song's theme concerns a youth who discovers his parents are as hip, if not hipper, than him.

In concert, “Surrender” was also the showcase for Rick Nielsen's custom-made five-neck guitar, which was built by Paul Hamer.

The Heaven Tonight album was originally gong to be called American Standard, which was the reason for the restroom cover art.

Heaven Tonight was recorded during a brief four-week window between tours of the U.S. and Europe.