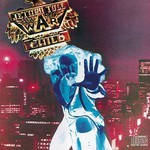 ‘Bungle In The Jungle

“Bungle In The Jungle” is Jethro Tull's most successful single in the U.S. It reached Number 11 on the Billboard singles chart.

The War Child album reached Number Two on the Billboard album chart in the U.S. and Number 14 in Britain.

The group had announced a retirement from touring prior to the release of War Child – due to the panning given its predecessor, A Passion Play – but later recanted the remark.

The song was first written during the sessions for A Passion Play and was originally called “Law Of The Bungle.” Tull frontman Ian Anderson says that “It originated as a song that was destined for the Passion Play album but, along with a lot of that material, got thrown out when we re-wrote and recorded what became the Passion Play album after an abortive attempt to do it in France. Some of those songs survived to be used elsewhere.”

Anderson says “Bungle In The Jungle” is about aggressive entrepreneurs, and for that reason the group had its famed manager, Terry Ellis, dress up in a leopard suit – with an umbrella, bowler hat and briefcase – on the album cover. “That is Terry Ellis being made to dress up as the aggressive sort of city businessman. He was too vain to not want to be included on the album cover, but he wasn't very happy about being dressed in silly clothes and being the subject, apparently, of the song. Terry was in a bit of a mixed mood about that one. I seem to remember him not being in a very good mood that day at the photo session.”

Anderson confesses that despite it's success, he's never been particularly fond of the song. “It's never been one that's really honestly been one of my favorites… It's okay.”