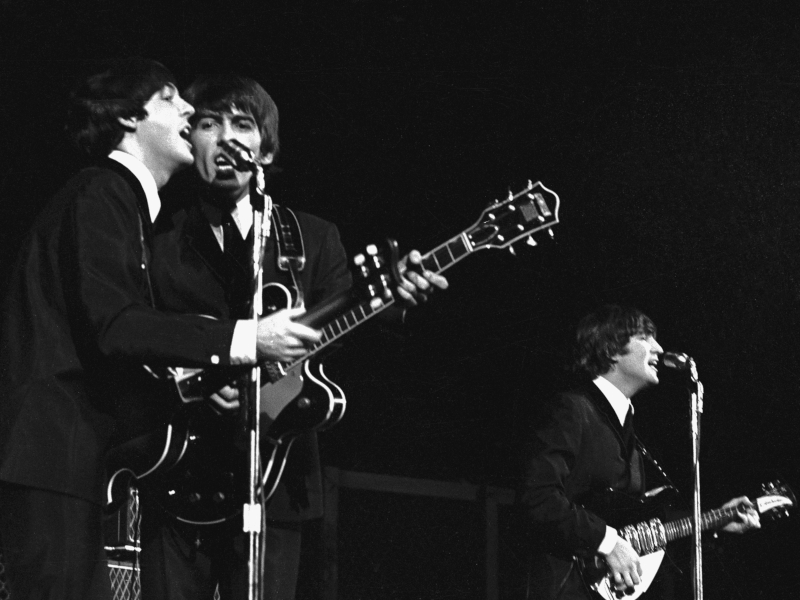 It was 58 years ago tonight (August 23rd, 1964) that the Beatles' made their legendary debut at L.A.'s Hollywood Bowl. Following the concert's opening acts, the Bill Black Combo, the Exciters, the Righteous Brothers, and Jackie DeShannon, the Beatles hit the stage at approximately 9:30 p.m. and performed their 12-song set in about 30 minutes in front of 18,300 people.

According to historian Chuck Gunderson, author of the groundbreaking book, Some Fun Tonight, which chronicles the “Fab Four’s” 1964, 1965, and 1966 North American tours, the Hollywood Bowl show — which was the group’s fifth in a 25-city month-long road trek of one-nighters, grossed the band a whopping $25,000 — a full $15,000 more than Frank Sinatra commanded — and the equivalent of nearly $207,000 in today's money.

In 1977, The Beatles At The Hollywood Bowl was released. The album, which featured songs from all three of the group's shows at the venue — August 23rd, 1964 and August 29th and 30th, 1965 — was remixed and produced by George Martin for release. The album, which was the Beatles' only official live album, and their first previously unreleased archival collection, went on to peak at Number Two on the Billboard 200 album charts. In 2016, the revamped The Beatles: Live At The Hollywood Bowl was issued as a companion to Ron Howard's documentary The Beatles: Eight Days A Week – The Touring Years.

Renowned Beatles author Bruce Spizer has published nine books on the Beatles and has consulted on the remastering of their Capitol Albums box sets. Spizer says that he's definitely hoping for a complete unedited version of The Beatles At The Hollywood Bowl to be released in the near future: “I personally would have no problem with the unedited Hollywood Bowl '64 and '65 concerts coming out on CD. Because I think the excitement is so great and the fact that they miss a few notes doesn't bother me a bit, and really doesn't to me show a reflection of, 'Gee, John and Paul missed a note on that song.'”

Paul McCartney admitted that even before they had cemented their place in popular culture and musical history — the Beatles always knew they were good: “We were very sure of ourselves. I wouldn't call it conceited — but we just knew we were good. And we knew we were gonna do very well, we didn't know how it was gonna happen. People would say to me at the time, 'Do you think your stuff is gonna be standards, y'know, like Sinatra's stuff? And I would go 'yeah.' It's true. You just felt it.”