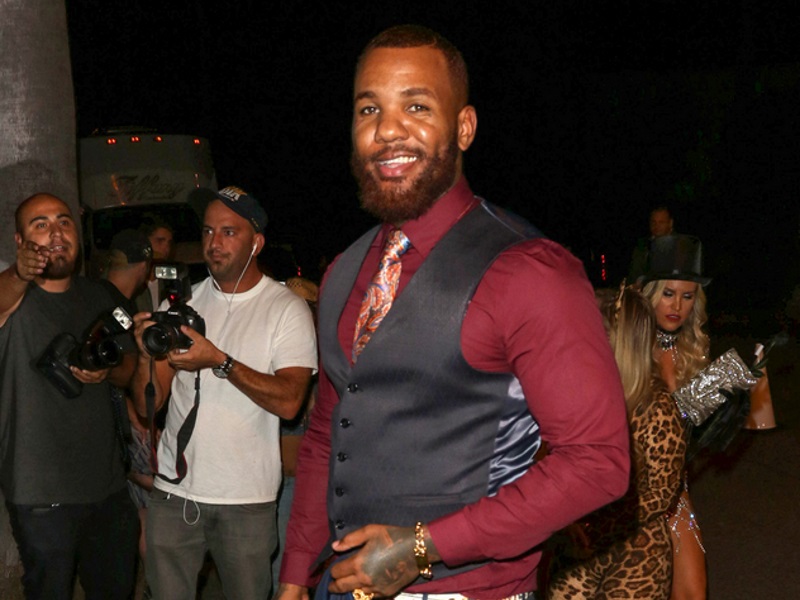 The Game has revealed that he dated R&B singer Mya back in the day and they broke up because he cheated. During an interview with Carl Anthony Lamarre on CEEK's The Debut Live, when asked about speaking on Mya on his 2005 single “Dreams,” he revealed he manifested dating Mya.

When they started dating, they broke up after he stood the singer up on Valentine's Day to be with his future kids' mother Tiffany Cambridge. He explained, “Where I went wrong, and I never told nobody this. Mya is great. I love Mya to this day. I was supposed to fly out to Miami and meet her there and we were supposed to spend Valentine's Day there. On that day, I pulled up on my baby mama – we didn't have no kids yet – by the Ladera Benter in my Bentley. She was in a Benz and she looked good and we kicked it with each other on Valentine's Day. So, I stood Mya up.”

He continued, “She dumped the f*ck out of me and she didn't just dump me, she brought her daddy to my house in L.A. They flew here to talk to me and I had to explain to Mya why I broke her heart and give her closure and that was it. She ain't talked to me since.”

He added, “I’m pretty sure she's forgiven me. She's walking around plant based and barefoot. You can't be no angry vegan. You can't be trying to save animals and be mad all day. Mya’s an amazing person. And she makes this chicken, I do miss that sh*t. She's the first person to put me on to Brussel Sprouts. She put me on to fine dining and sh*t. She can cook her a** off.”

Game also discussed briefly dating Kim Kardashian, saying that he was “in love with Kim” and then one day he saw NFL star Reggie Bush coming up an elevator as he was leaving. He decided to stay on the elevator to see where he was going and he soon realized Reggie stopped on the same floor that Kim was on. He said he wasn’t sure if Reggie was visiting Kim or not, but he later learned they were dating. Game said he was “hurt” after that.

He aso mentioned that Kanye wouldn’t mind with him sharing stories about his Kim since he always jokes about Game “having” Kim first.