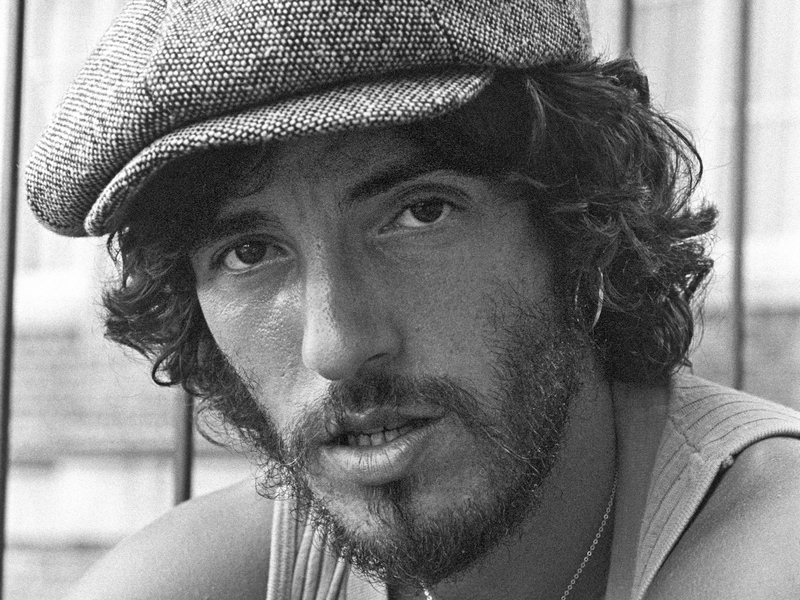 It was 47 years ago today (August 25th, 1975) that many fans believe Bruce Springsteen released the single greatest rock album of the 1970's — if not in all of rock history; the legendary Born To Run.

The album — which was the first to feature then-rock critic Jon Landau behind the boards alongside Springsteen's original manager, publisher, and producer Mike Appel — was recorded in fear that Columbia Records would drop Springsteen should the album not break the pattern of his two previous 1973 sets, Greetings From Asbury Park, N.J. and The Wild, The Innocent, And The E Street Shuffle. Although both albums were darlings of the rock press, the albums — combined — had sold a paltry 90,000 copies upon initial release.

It was Appel who stirred up interest in the make-or-break third album by leaking copies of a rough mix of the “Born To Run” track to key to jockey's in Philadelphia, New York City, Boston, Cleveland, and other loyal markets, which bought Springsteen time to work without Columbia breathing down his neck — and tightening the purse-strings — for the long-overdue followup.

The main sessions from Born To Run spanned March to July 1975 at New York City's legendary Record Plant East. The title track was recorded in July 1974 at 914 Sound Studios in Blauvelt, New York.

Born To Run debuted on the Billboard album chart on September 13th, 1975 at Number 84, eventually peaked at Number Three, and went on to sell over six million copies.

Sensing the buzz brewing around the album, Columbia eventually poured a then-whopping $250,000 into promoting Born To Run, and Springsteen — much to his chagrin and Appel's delight — ended up on the cover of both Time and Newsweek during the same week that fall.

The full tracklisting to Born To Run is:

Side One: “Thunder Road,” “Tenth Avenue Freeze-Out,” “Night,” and “Backstreets.”

In the 1998 BBC documentary Springsteen: A Secret History, Bruce Springsteen reflected on his life in the '70s: “Y'know, I think that experiencing those choices is confining when you're young. 'Cause you want every thing, and you wanna have everything, and you see every gal, y'know, this one, that . . . You live in this fantasy of endless possibility — and then if you have some real success, there is an enormous amount of real possibility, you can mistake endless choice for freedom. That's an easy mistake to make.”

In 2005's Wings For Wheels documentary, Springsteen explained that the writing and recording Born To Run — which took far longer than both his first two albums combined — was the moment where he needed to allow himself the room to discover where his next creative steps would be through patience, persistence, and most of all — trial and error: “I was not interested in a strictly professional setup, because I didn’t want to contain my. . . my talents in that box, because I didn’t know where they we’re going to lead me at the time. At that time, my concern was this; I have these abilities — I don’t know what they are — but, I know that they’re there and I don’t know where they’re going to lead me, but wherever that is I have to go, even if it’s down a bunch of blind alleys till I find the one that I want. . . that I do wanna go down. And also just felt like, give me room to do this particular thing in my own fashion.”

Bruce Springsteen always believed that although the Born To Run album is not about the same person — all the stories could definitely be intertwined: “Born To Run has got that feeling of that one endless summer night. That’s what the record, what the whole record feels like. It could all be taking place in the course of one evening in all these different locations, y’know? All these different stories on one, sort of, long summer night.”

Producer Mike Appel recalled that Springsteen spent countless hours fine-tuning the recording of Born To Run's title track: “The arrangement of the song was always what it was. Bruce had it arranged a particular way and that was the way that it always stayed. However, we experimented with it a whole lotta things.”

Born To Run was drummer Max Weinberg‘s first album as a member of the E Street Band. It marked the only time he hit the studio with the band and didn’t record live: “That was the last record that we had done — the Born To Run record — at that time, where it was tracking. Where, y’know, you do a basic track and then layer. ‘Cause (the song) will change, and it changes with your mix. It changes with your overdubs.”

Springsteen recently spoke to Mojo and commented on the band's place in the mid-'70s music scene, explaining, “We straddled a certain line there, where part of what we were doing was a reaction to where early-'70s music had gone. We weren't given over to a lot of the extravagance . . . We felt very connected to the street, and to our neighborhood, and we felt very connected to the audience. . . We weren't part of a movement. We were in New Jersey. We were odd men out.”

When pressed to define the ultimate “E Street Band sound,” Springsteen reflected on several of the band's eras before saying: “I think of what people think of as that sound might really have formed on Born To Run. Where there was the glockenspiel, the piano was very featured, (and) the saxophone. Though we rarely use that sound today. The sound now has broadened out. Basically it's an ensemble sound; a dense sound. . . But its initial inception, I guess, was Born To Run.”

Unlike nearly every other Springsteen album, Born To Run only featured a total of four outtakes: “Walking In The Street,” “Lonely Night In The Park,” “Linda Let Me Be The One,” and “So Young And In Love” — with the latter two finally seeing the light of day on Springsteen's 1998 Tracks box set.

With the defection of virtuoso keyboardist David Sancious — who had been recording with Springsteen since his debut album — and drummer Ernest “Boom” Carter, who both left the E Street Band to form the free-form jazz band Tone, Springsteen added new recruits drummer Max Weinberg and Roy Bittan prior to the sessions gaining steam.

Organist Danny Federici was absent from the album, barring the “Born To Run” track — which also featured Sancious and Carter.

Steve Van Zandt, who helped on the arrangement of “Tenth Avenue Freeze-Out,” joined the band that summer as the E Street Band's second guitarist, and says that the E Street Band has only gotten stronger as individual musicians throughout the years: “Y'know, everybody's better individually, and obviously older and wiser, and a bit more sophisticated about what we're doing. Y'know, it was always a family-oriented thing, y'know? It really was like a band, y'know, even though there was a leader of the band, but it was always a bit more band-oriented and family-oriented than a typical leader and a bunch of sidemen.”

Bruce Springsteen says that when he looks and listens back to Born To Run — the album that truly changed his life — he’s filled with deep emotion: “Y’know, I look back on it and I go, ‘Wow, y’know, the lyrics were beautiful and the band played lovely and dedicated themselves so deeply to my vision.’ Which is a very touching thing for somebody to do for you. Y’know, you can’t buy it. Y’know, it can’t be bought. Y’know, it’s just something that somebody does. So, when I hear the record, I hear my friends and I hear my hopes and my dreams and what I thought my life was going to be like as a 25, 24-year-old kid. I see out as the start of some of the most important and fundamental relationships of my life.”

Springsteen's 2005 30th anniversary boxed set of Born To Run included a remastered version of the album, with a CD featuring a miniature reproduction of the album's artwork, a 48-page booklet, the Grammy Award-winning documentary on the making of the album Wings For Wheels, along with a concert DVD Bruce Springsteen And The E Street Band /Hammersmith Odeon 1975.

During the E Street Band's 2009 tour, Born To Run was played in it's entirety 13 times.

An early draft of “Born To Run” lyrics sold for $197,000 at auction at Sotheby's. Although the lyric sheet had originally belonged to Springsteen's early manager-producer-publisher Mike Appel, the seller and the buyer — who bid by phone — remain anonymous.