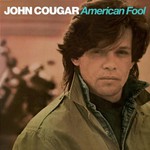 Described in the song itself as “a little ditty”, “Jack And Diane” was a Number One single – John Mellencamp's first – for four weeks in 1982.

“I had no idea ‘Jack And Diane' would be like it was,” Mellencamp told Rolling Stone magazine. “A lot of people think the chorus is negative, but I don't. I think it makes people feel good to hear somebody else say, ‘Hey, you can deal with it.'”

The song was written as Mellencamp faced a personal crisis – he was courting a young model, Victoria Lynn Granucci, until the affair was discovered by his wife, Priscilla. He eventually divorced Priscilla and wrote this song of lust and longing.

According to the singer, the success of “Jack And Diane” and “Hurts So Good” from the same album kept him from losing his record contract after a string of barely-noticed albums during the late ‘70s and early ‘80s.

The song's plainly spoken philosophical outlook – “Ooh yeah, life goes on/Long after the thrill of living is gone” – earned Mellencamp new critical respect and was among the factors that resulted in his decision to change his surname from Cougar (forced on him by David Bowie's manager, Tony DeFries) and reclaim Mellencamp.

“I have always been very fortunate, and had hit records with songs that were not cool,” Mellencamp told VH1 about “Jack And Diane.” “‘Jack and Diane’ was considered very radical by the record company at the time. They didn't want to put it out. So, I was always just a little bit left of center.”