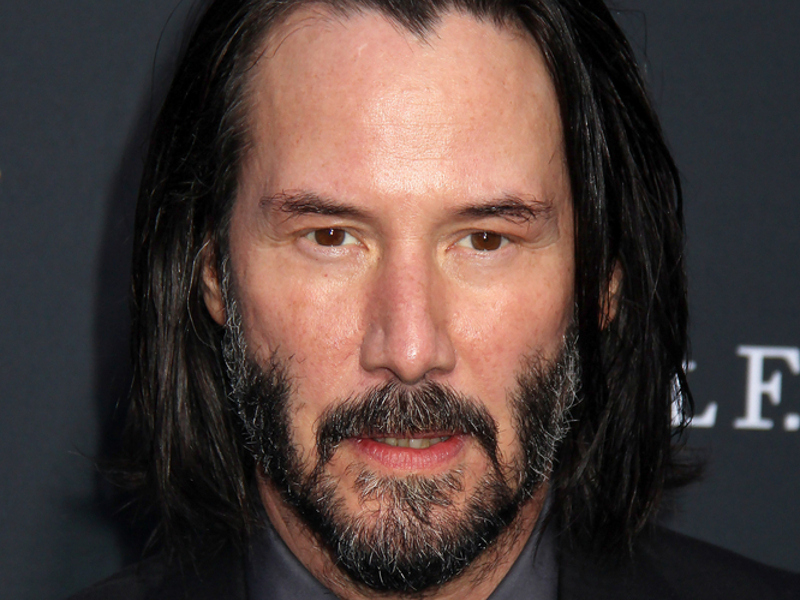 KEANU REEVES SURPRISES COUPLE AT THEIR WEDDING: Keanu Reeves made a couple’s wedding day even brighter last week. According to Entertainment Tonight, the Matrix actor made a surprise appearance at their wedding reception, after meeting the groom at the hotel where the couple was getting married. Reeves then stopped by their wedding reception, and the bride said he was “kind enough to do some pictures and our wedding photographer was able to capture some too!”

RAY LIOTTA’S FIANCE HONORS HIM WITH NEW TATTOO: According to People, Ray Liotta‘s fiancé Jacy Nittolo got a new tattoo as a tribute for the late actor, three months after he passed away. On Saturday (August 27th), Nittolo shared black-and-white photos of herself getting the tattoo and wrote, “Yesterday marked 3 months. It only seemed appropriate to do something meaningful that will forever be with me. What an honor to have Mark Mahoneys gift do the work.”

RYAN REYNOLDS CELEBRATES BLAKE LIVELY’S BIRTHDAY: Ryan Reynolds took to Instagram on Friday (August 26th) to honor his wife, Blake Lively, on her birthday. The series of photos shows the couple all dressed up for an event, out to eat at a restaurant, and bundled up for a walk. “Happy Birthday, @blakelively. You're spectacular. I'm not sure if you were born or invented. Also, thank you for urging me to leave the house every now and again,” he wrote.

JENNIFER HUDSON CELEBRATES EGOT STATUS: On Friday (August 26th), Dreamgirls actress Jennifer Hudson posted to Instagram to celebrate her official status as an EGOT winner. Hudson is all smiles as she holds the Tony she received this year for A Strange Loop. “Look what arrived yal !!!” she captioned the photo.