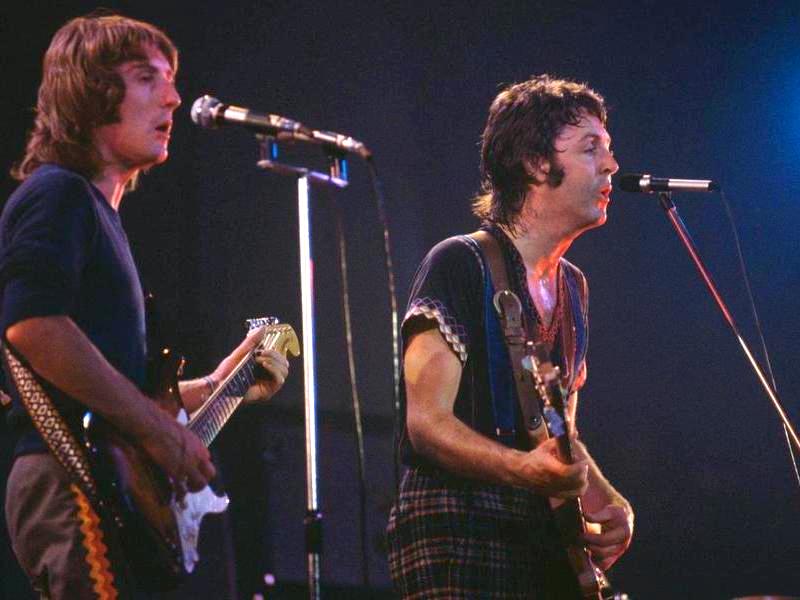 Fans are chomping at the bit for the December 13th publication of The McCartney Legacy: Volume 1: 1969 – 73. The 720-page tome is written by authors Allan Kozinn and Adrian Sinclair and promises the most detailed and exhaustive analysis of Paul McCartney's initial post-Beatles career — both in the studio and on stage.

According to the book's official description:

Set against the backdrop of the Beatles splintering over both business and creative issues, The McCartney Legacy: Volume 1: 1969-73 covers a period in which Paul McCartney recreated himself, both as a man and as a musician. This is an in-depth and revealing exploration of his creative life beyond the Beatles — featuring hundreds of interviews with fellow musicians, tour managers, recording engineers, producers, filmmakers, and more.

The McCartney Legacy gives McCartney’s post-Beatles life and work the kind of in-depth treatment that Mark Lewisohn has given the Beatles, and Philip Norman has given John Lennon. It is the first truly comprehensive biography, and the most finely detailed exploration of McCartney’s creative life beyond the Beatles, ever undertaken.

Only in very recent years has Paul McCartney begun exploring the Wings era of 1972 to 1979 — but on the whole, he chalks it up to being mainly uninspired work: “I mean, I've written so many songs, they can't just all be as good as each other. Y'know, you look at anyone who is any good and it just doesn't churn out, y'know? You've gotta have your ups and downs. You can't just keep it churning out like a sausage factory where it just comes out A-1 all the time. It's not like that.”

Wings co-founder Denny Seiwell drummed on three McCartney albums — 1971's double shot of Ram and Wild Life and finally, 1973's Red Rose Speedway. He told us the early days of Wings was an incredible time: “We were family. Y'know we'd hang together, travel together, the only thing that was different was he was the boss. Well, he was paying us. We were all on a small retainer fee. He was trying to set up a business in London. Sometimes the checks didn't come, but we were a family — but he was the dad.”