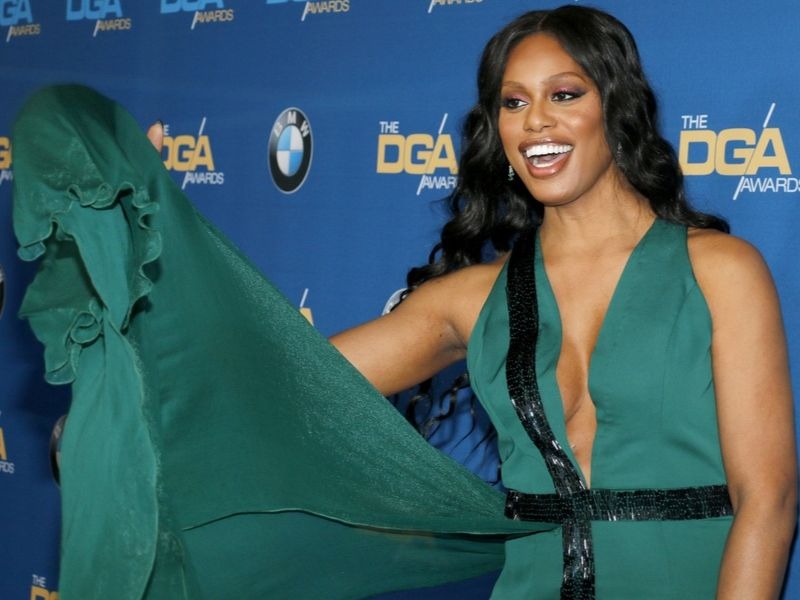 Laverne Cox Is Mistaken For Beyonce At The U.S. Open

Laverne Cox was supporting Serena Williams at the U.S. Open Monday night (August 29th), when she received the compliment of a lifetime in being mistaken for Beyonce. The Inventing Anna star is loving the mix-up.

Cox was sitting in the stands at the USTA Billie Jean King National Tennis Center in New York City, wearing a face mask, hoop earrings, and a black sheer top. Many people reported on social media and in broadcasts that she was Beyonce.

“Not me getting mistaken for @Beyonce at the #USOpen tonight then trending on Twitter as the internet cackles over the mistaken identity. These tweets are funny as hell. Enjoy!!! Go @serenawilliams #GOAT #SerenaWilliams #Beyonce,” the Orange is the New Black actress captioned a series of tweets.

In addition to coincidentally posting a video of herself getting ready for the sporting event while listening to Beyonce, Cox retweeted a post by David Dennis Jr. that reads, “2nd biggest winner tonight: Laverne Cox who was mistaken for Beyonce all night. Which is a career highlight for literally anyone.”

In 2020, Cox told Entertainment Tonight, “Everybody knows that live for Beyoncé. I try not to worship gods on earth or goddesses, but I worship Beyoncé.”