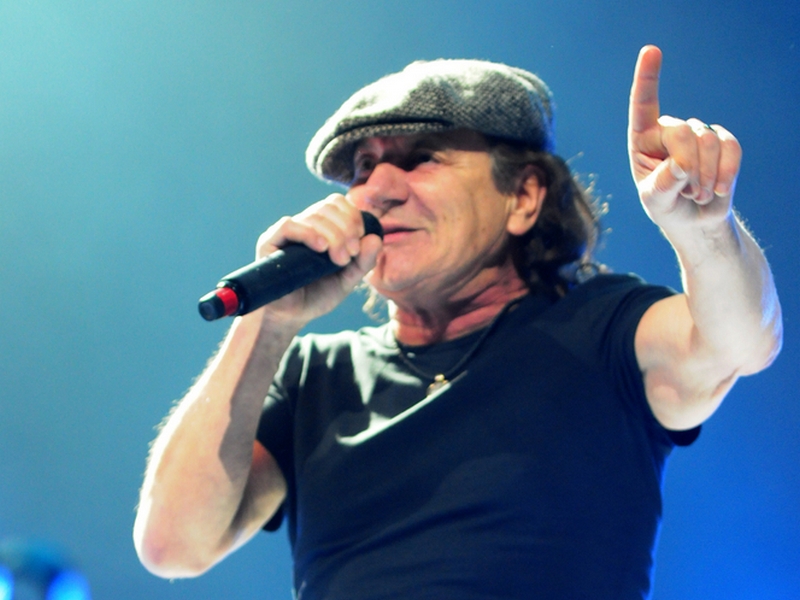 Justin Hawkins is defending himself after some speculated that he took the microphone from Brian Johnson during their performance together at the Taylor Hawkins tribute concert at Wembley Stadium on Saturday (September 3rd). He performed AC/DC‘s “Back In Black” with Johnson and Metallica‘s Lars Ulrich however he was not “stealing the mic,” as some accused him. Yesterday (Monday, September 5th), he explained on Instagram, “The stage manager scrambled to prepare a microphone for me, but I didn’t know which one I was supposed to take and I ended up having to steal Brian’s, which looked a bit awkward . . .”

Hawkins further explained, “10 minutes before the AC/DC segment of the tribute, Brian Johnson asked me to come up and sing the second verse of Back In Black. I initially refused, I’ve never sung it before and I didn’t want it to seem like I was gatecrashing. However, Brian really was insistent and Dave Grohl told me that 'if Brian tells you to do something, you f**king do it'. I had Rufus pull up the lyrics on his phone and I gave it a go, but in all honesty I think Brian just wanted to create a memorable spontaneous moment and have a laugh so he could really push on and smash the rest of his set . . . Brian Johnson is an absolute legend and Dave was right, I couldn’t turn it down.”