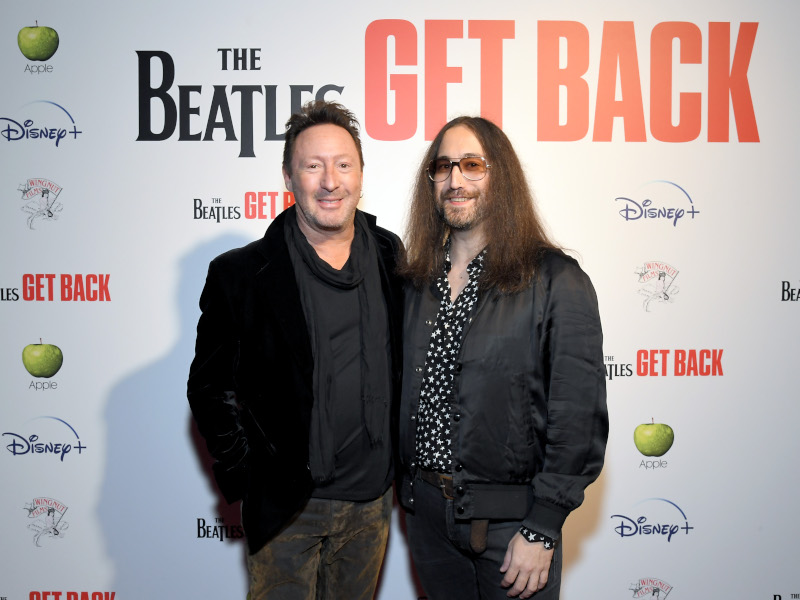 The Beatles Snag Five Emmys For ‘Get Back’ Doc

Interestingly, with Paul McCartney and Ringo Starr sharing in the win as co-producers of Get Back — both surviving members of the “Fab Four” are just one Tony Award away from achieving EGOT (Emmy, Grammy, Oscar, Tony) status.

Director Peter Jackson said in his acceptance speech: “I’d just like to thank everyone who worked on this film, especially our family back home and our second family in London at Apple Corps. This could not have been made without the unfailing support of Paul, Ringo, Olivia (Harrison), Julian (Lennon), Yoko (Ono) and Sean Lennon who were all always there with their support and love. Finally, a big shout out to the Beatles. Thank you so much for the over 60 years of your positive, exuberant, joyous. . . Your music is so profound and I think it’s actually embedded in our DNA.”

The Beatles' archival producer Giles Martin said that history has left an unwarranted cloud over the entire Let It Be project, from which the Get Back documentary is culled from: “I think the legend is warped, funnily enough. (Laughs) I think the Beatles told the wrong story themselves. 'Sounds an insulting thing to say, but you have to remember that Let It Be came out when the Beatles were at their worst breakup scenario and they were suing each other. However, the album wasn't made at that time. I mean, they were aware of their impending divorce, if you like, because they were going their separate ways — and they talk about it in the film. Let It Be's a bit like a marriage, which is becoming a bit tired and they're trying to go back to their date nights by playing live again. That's what Let It Be is, in a way. It doesn't quite work for them. It's too ambitious, what they're trying to do.”

In the end, Martin told us that Let It Be is not the doomed swansong history has portrayed it to be — but actually a significant and positive experience all around: “What we see is, actually, it's an incredible document of how the Beatles work together. That's what it is. It's not a document of how the Beatles broke up, because they didn't break up. They went off and they played the rooftop concert and then did Abbey Road.”